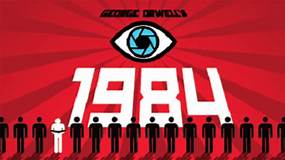 In 1949 George Orwell published these words, “minute by minute the past was brought up to date…”  1984’s protagonist, Winston, spent his days rewriting history so that it erased any fact that would be unsettling.  No “item of news, or any expression of opinion, which conflicted with the needs of the moment, was ever allowed to remain on the record. All history was a palimpsest, scraped clean, and reinscribed exactly as of as was necessary. In no case would it have been possible, once the deed was done, to prove that any falsification had taken place.”

How close have we come to making his dark novel of warning our reality?

Closer than I might have thought when, as an adolescent, I first read about Big Brother and tried to understand the syntax of Newspeak. 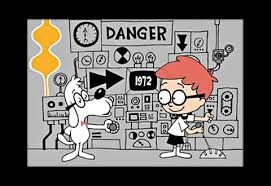 Technological progress has given us the tools we need to rewrite, replace, and erase our words. We can easily delete earlier versions of our ongoing story, making it much harder to know what has changed and consider if the new version gives us a more accurate understanding. A scrupulous editor will, when rewriting a previously published work, add an alert so the reader will know a previous version existed and what the change was.  Applications like the Wayback Machine  (no, not the one of Rocky and Bullwinkle fame), make it still possible to see what has been deleted.

Month by month technology gets closer to making it possible to permanently erase facts we want to hide and end the debates we no longer want to entertain.  All it takes for our world to tip over to be like Winston’s is the political power of Big Brother. The dark, crumbling world that Winston lived in is hidden in the history he creates and recreates on a daily basis.

As Winston throws away  history is the ability to have the vibrant debate that fuels a democracy, deepens our knowledge base  and makes learning possible dies.

Just last week, as the Chinese Communist Party celebrated its centennial, Ian Johnson, writing for the New York Review, observed how the control of history has been central to the Chinese Communist Party’s long reign and its ability to keep its huge population under its sway. About the Party’s view of history, he wrote that it “…spends an inordinate amount of time writing and rewriting it and preventing others from wielding their pens. Few Chinese leaders have done so with as much verve as Xi…Xi has many goals, such as battling corruption, fostering innovation, and projecting power abroad through his Belt and Road Initiative, but controlling history underlies them all.” This way errors and missteps are lost, and every success is the result of very competent governance.

We do not need to look overseas and within a government, we often scapegoat to see the danger before us. It is not a threat from a competitive power with a system we malign. It is a threat from forces in our own land who want to stifle debate, who want to the difficult questions that knowledge can bring, and who are afraid that knowledge will threaten their claim on power.

The debate over Israel/Palestine should be hot. Understanding two clashing perspectives on their history of the land they share and on the nature of the current political reality can only happen when we are willing to be brave enough to consider data which does not confirm what we think we know. On June 2nd, Scientific American published an article, “As Health Care Workers, We Stand in Solidarity with Palestine” authored by 8 health care workers (Osaid Alser, Ariän El-Taher, Asmaa Rimawi, Sabreen Akhter, Nusheen Ameenuddin, Anand Chukka, Qaali Hussein, Bryan Leyva.) Their opinion piece draws on their perspective of the impact of the latest round of warfare in Gaza on Palestinian lives.

It was a picture that the Editors of SA thought once worthy of publication because it cited facts that could be verified and the authors’ opinion of what those facts meant.  But it was a picture that offended others. Rather than continue the debate and air data which shed light on the cited facts and alternate opinions, SA’s editors chose to listen to voices that said that rather than debate the facts openly the article must be purged;  information that makes them uncomfortable and may cause others to challenge their political position must be eliminated.

If you now try to read it on SA’s website you will find only this cryptic explanation to indicate that it ever existed or was thought worthy of publication: “ This article fell outside the scope of Scientific American and has been removed,”  You will not find a robust debate but a void.

A week ago a crowd of 200 was expected to attend a lecture by the authors of a new book, “Forget the Alamo: The Rise and Fall of an American Myth”, at the Bullock Texas State History Museum in Austin. The lecture was designed to “reexamine one of the most enduring icons of Texas history, dispelling common misconceptions and exploring why these ideas have endured for so long. The book tells the story of the Battle of the Alamo and Texas’s struggle for independence, then delves into the development of the Alamo’s mythos during the Jim Crow era.”

The crowd was disappointed because powerful conservative voices in Texas would not allow an audience to hear that the story of the Alamo was more complex than the Walt Disney version, that it was about more than Texas independence; for many it was a fight to defend the right own slaves as Mexico moved to ban the practice. Rather than engaging in the debate, they shut it down.  According to the Texas Tribune, “Lt. Gov. Dan Patrick confirmed he called for the event to be canceled. Abbott, Patrick, and other GOP leaders are board members of the State Preservation Board, which oversees the Bullock Museum. ‘As a member of the Preservation Board, I told staff to cancel this event as soon as I found out about it,’ he wrote on Twitter ’this fact-free rewriting of TX history has no place @BullockMuseum.’”

For Patrick and for too many others introducing new learning that challenges their historical narrative is too scary. It must be stopped before even one more person is given the chance to weigh the evidence, enter the debate, and possibly reach a different conclusion.

From Environmental Science to Epidemiology, to Critical Race Theory, to Economics, we are in a constant battle to stave off those fighting to protect a worldview that cracks when forced to let in conflicting information and analysis. It threatens the hold on power. It threatens their wealth and social status. It leaves their cloak of privilege threadbare. Like the emperor, they are naked before the light of knowledge. Rather than recognize they need to change their direction they are battling mightily to darken our world, rewrite what we know, and are learning how to make it more difficult to find new data. They wish to keep us all living in Winston’s world.

We can disagree about everything.  We cannot shut down the search for new information about our past and about our future. If we do, when men and women like Lt Governor Patrick or Donald Trump hold sway, we are lost.