Can We Get Our Act Together?

Why are unable to tackle the problems that are ripping us apart, destroying our health, changing our environment, and ripping the future away from us and our children?

These were the questions a recent New York Times story by Eduardo Porter running beneath the headline “Black Workers Stopped Making Progress on Pay. Is It Racism?”  left me asking.

The data Porter cited seemed clear. When it comes to earnings “in 2020, the typical full-time Black worker earned about 20 percent less than a typical full-time white worker. And Black men and women are far less likely than whites to have a job. So, the median earnings for Black men in 2019 amounted to only 56 cents for every dollar earned by white men. The gap was wider than it was in 1970. Black workers also earn lower wages relative to their credentials. An analysis by the Economic Policy Institute, a liberal think tank, found that whether they have a high school diploma or an advanced degree, Black workers make about 80 percent of the earnings of a white worker with similar education.”

This was not the first time that a reporter or a researcher has looked deeply into the complexity of a societal problem. In this case, it was an issue that has been starkly spotlighted over the month since George Floyd was murdered and our nation began again to reckon with its racist legacy. The economic toll of COVID-19 only made this disparity more obvious and more vexing.

This was not an “Aha!” moment but just another recognition of a gaping hole in our nation’s fabric. We have long known about these economic disparities.

Yet, as a nation, we seem unable to act. Why is that?

Standing in the way are barriers that have been created by those more interested in protecting their personal power and wealth than they are in building a nation that is committed to ensuring every person’s well being here and across the globe. They built an opposition to progress by playing on the fear that change will be painful. They recognize that to solve complex challenges we need to focus on a shared outcome, and on a belief that we are all in the struggle together. So their strategy is aimed at driving us apart and on setting one group against another.  Their strategy sells the lie that to redress the problems that affect one set of people, others will need to be punished.

Step one in this strategy is to argue with the facts. 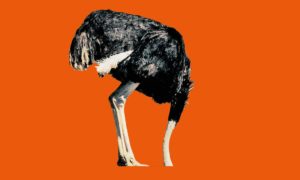 At the beginning of the Trump Presidency, David Schultz, the editor of the Journal of Public Affairs Education and professor at Hamline University’s Department of Political Science, writing in The Hill, described this as the substitution of Political Truth for Science and Scholarship.  “What is political truth, especially in a democracy?  It is what 50 percent plus one of the population says, majority rule.  For elected officials, what counts as facts and truths is what they learn from their constituents.  A politician’s world is not of controlled experiments, hypotheses, and statistically valid samples; what counts as valid evidence in making policies are the stories and interests of constituents.”

Argue with the data about environmental change and we do not have to do the hard work of solving a difficult problem.  As ScienceAlert described them, “Deniers suggest climate change is just part of the natural cycle. Or that climate models are unreliable and too sensitive to carbon dioxide. Some even suggest that CO₂ is such a small part of the atmosphere it cannot have a large heating effect. Or that climate scientists are fixing the data to show the climate is changing (a global conspiracy that would take thousands of scientists in more than 100 countries to pull off).”

For those with the power and influence to be the constituency that too many political leaders listen to,  building distrust in the data destroys the need to build a collective, national commitment to act.

But that is only step one in the process of obstruction.

If we can overcome denial, we face a second barrier, the mantra of personal responsibility. Personal irresponsibility is the reason for problems, and they can be solved only by personal action. To earn enough money to support a family, workers need to work harder and make a personal sacrifice.  As the nation struggled out of the Great Recession, we were able to reach a broader agreement that there was widespread economic pain but struggled to get to the consensus needed for aggressive collective action. In “Personal Responsibility for Systemic Inequality’ Martha T. McCluskey, , captured this logic. “Addressing state budget austerity, for example, a conservative blogger explained that widespread job loss and debt has left the average American feeling ‘hopeless and helpless. He nonetheless insisted that ‘personal responsibility’ is the answer, not because he blamed particular groups or behaviors for these problems, but because he claimed that such blaming takes away individual power from those who are innocent. No matter what the cause of the harm, he explained, we should not give in to thinking anyone, especially government, can better solve the problems better than ourselves.”

McCluskey was writing in 2015. Her words resonate amid a pandemic which has made the nation and world look clearly at a challenge that can only be overcome if we understand that we have a common concern.

After they lose in their effort to deny the facts, discord builders raise a new banner to continue their war against social change, the banner of personal responsibility. South Dakota Governor Kristi Noem saw the response to COVID-19 not as a public health concern but as only about personal decision-making. “I trusted the people of this great state to take personal responsibility.” So, she refused to follow any science-based guidance about masking or public distancing.  Senator Ron Johnson, in an interview this winter was clear that vaccinations were only a personal matter. “If you have a vaccine, quite honestly, what do you care if your neighbor has one or not? … What is it to you? You have got a vaccine, and science is telling you it’s very, very effective. So, why is this big push to make sure everybody gets a vaccine?”

If and when we can get beyond these two hurdles and come together with a common purpose, we are faced with the reality that these are complex problems, problems for which there is no easy, magic bullet answer.

For example, we may agree that gun violence has increased and we may agree that we need to do more than just hope individuals make better decisions about shooting off their weapons. But, as the Washington Post recently reported,  “the evidence doesn’t paint a simple picture of why homicide rates surged in 2020. The rise in violence during the pandemic appears to be a problem that is uniquely American, so broad explanations that emphasize economic strife, social stresses, and disruptions to public services are, at best, incomplete. The evidence suggests that gun-carrying increased sharply shortly after pandemic-induced lockdowns began, either because police withdrew from public spaces or because people expected an arms race in communities suffering from endemic violence. The summer protests reignited a long-brewing legitimacy crisis for law enforcement and may have made it more difficult for police to reassert control over spiraling violence and retaliation. Beneath it all, the ready availability of guns looms. Put simply, social disruptions and de-policing probably have higher stakes in American cities — where a small but persistent number of criminal offenders carry guns — than they do in countries where firearms are not as easy to get.”

These are problems that emerge from events and forces that are deeply ingrained in our nation’s history and culture. To solve them we find ourselves being asked to sacrifice comforts and privileges for a common good. To find answers we must test the limits of our knowledge and accept that our current understandings may not be correct. Actions that seem on target may turn out to be wrong and we may find ourselves needing to regroup and try a new approach.

When we struggle so long and hard to agree on the facts; when we struggle continuously to recognize that we must take collective action, do we have any hope of staying together long enough to struggle to find actions that will cut through complexity? And can we do this while the forces that have so effectively fought to keep us from collective action keep doing their work? Can we together accept that we may be wrong sometimes, fail sometimes and that we must move on to the next action? Do we have the patience to keep learning together?  Do those of us who will need to make sacrifices care enough about others to remain part of a shared effort?

This challenge is not new. Benjamin Franklin said as our nation was being formed, “We must, indeed, all hang together or, most assuredly, we shall all hang separately.”

If we cannot overcome the ongoing effort to keep us divided, to keep us from seeing that we have a common interest that is greater than our self-interest, we face a dark future. Can we overcome the dedicated efforts of those who have spent decades sowing dissent and weakening the sense of a shared purpose? This is the biggest challenge we face because if we cannot if our national government remains stalemated, personal dreams will fall under the weight of our collective decline.