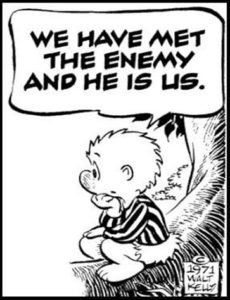 In certain parts of this nation, we are experiencing outbreaks of diseases that most of us thought were under control and we would never have to worry about.  In Columbus, Ohio and Minneapolis, Minnesota, outbreaks of measles among young children have reached alarming levels.  In Ohio, of the 82 cases reported since November 2022, 72 of them were ages 5 or younger and 32 of these children required hospitalization.  In Minnesota, the statistics do not seem so dire, with only 13 cases reported. But in a typical year, the state sees less than four cases, generally in people who had traveled to countries where measles is more common.  In the US, measles was declared eliminated in 2000, so these outbreaks are very concerning.

What is  more concerning is that they seem to be concentrated in populations that are choosing to not vaccinate themselves and their children and yet choose to send their children to public schools, using religious, medical or personal (a few states have these) exemptions to state vaccination laws for school entry.

What does this mean for protecting all of our children (and adults) from the spread of highly contagious and sometimes deadly diseases. In Kentucky, six children died after contracting influenza.  None of them had been vaccinated.  South Carolina experienced two outbreaks of chickenpox, in March of 2022, affecting nearly 70 people.  For those of us who have experiences these diseases, prior to having vaccines, we can attest to the misery and pain of the experience. But for those who feel it is their right to say “no” to vaccinations, they believe their rights are more important than the lives of others who may not share their beliefs.

Anti-vaccination believers base their opinions on one or more of these positions:

So here we are. We would all like to say that we have come through a pandemic and are now looking back with a sigh of relief.  But I fear we are still at the edge of more and more outbreaks of highly preventable diseases.  We have ways to keep ourselves and our children healthy if we trust the science as it continues to evolve, and we trust one another. But neither of these options seems to be easy for us to do. We have health departments that are carefully looking at the communities where these outbreaks are occurring and, even more carefully, seeking ways that are culturally and socially appropriate to introduce them to the value and safety of vaccinations. There is the beginning of some turnaround as the vaccination numbers slowly increase in these areas. Columbus is seeing some growth in its numbers and hoping for more.  I would  hope that this is a first step.  I hope that there will be more steps to follow. As the cartoonist Walt Kelly so aptly said (through his character Pogo): “We have met the enemy, and he is us.”