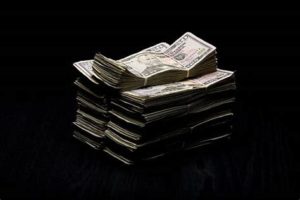 In city halls, school Board rooms, state legislatures, and even in the halls of congress debates over policies and practices that affect every aspect of lives are molded and shaped. Advocates and public interest groups work to frame the debate, to raise public awareness, to build support for their positions, and to convince policymakers to move in their direction. And money is the fuel that powers them all.

At each phase of our democratic system staggering amounts of money, rapidly increasing amounts of money, amplify these voices and support their organizing efforts. The Center for Responsive Politics reported that political spending for the 2020 election reached “an unprecedented $14 billion, making it the most expensive election in history and twice as expensive as the previous presidential election cycle.”  Hundreds of millions more are raised by a growing number of non-profit organizations of all political persuasions to influence public opinion and public officials.

Like living plants, democracy withers in the darkness. If, as the Supreme Court said in a 1936 decision, an “informed public opinion is the most potent of all restraints upon misgovernment…” it is disturbing that we often do not know where the money that pays for ads and campaigns comes from and who the donors are. It is disturbing that our political system promotes secrecy to the extent that we now have a term for it, “dark money.” And it is disturbing those political interests, left and right, fight to keep donor secrecy legal and acceptable.

Here’s an example of dark money at work. The legislative debates over Critical Race Theory (CRT) and how we will teach our nation’s history that has made headlines these past few months did not happen by chance. Donors with an interest in using several nonprofit organizations were critical to the reshaping of CRT from a scholarly exercise into a political crusade.

In an effort to understand how the CRT fire had been lit, UnKoch My Campus, a nonprofit organization, “reviewed the published materials of  28  separate think tanks and political organizations…dealing substantially with  Critical  Race  Theory…” as the issue jumped into the public and legislative consciousness. Each group had developed materials that challenged Critical Race Theory, and which urged policymakers to limit the consideration of race in schools and public policies. As nonprofit organizations, they are required to file an annual tax return (Form 990) reporting their income and expenses. Because they have several large donors, each was required to include Schedule B that requires them to identify these large donors. And each had done so.

So, it should be easy to know who was behind their efforts to impact public policy and to see if there was a common thread pulling disparate groups together. But it’s not.

The Manhattan Institute, a “free-market think tank focusing on Economic Growth, Education, Energy and Environment, Health Care, Legal Reform, Public Sector, Race, & Urban Policy”, was one of those groups. From its 2019 IRS filing, we can see that it raised more than $15 million and that it had prepared its required Schedule B.  But the rules do not require them to let the public know who is funding them. Open up their Schedule B and you will find but one word, “restricted”.

The same is true for the Heritage Foundation which published more than 30 items on CRT. Similarly, the State Policy Network, the Freedom Foundation, the American Enterprise Institute, the Cato Institute, The Federalist Society, and American Legislative Exchange Commission (ALEC) all nonprofits, all talking about the ills of CRT and all choosing to keep their major donors “restricted.”

Together these groups raise more than $250 million to support their work from sources they do not have to share with the public.

UnKoch My Campus knows that one of the donors to these organizations is the Koch family because they chose to make their donations public. But this is their choice and not their obligation. The law allows individuals to funnel their financial support of political campaigns and policy influencing efforts secretively.

This snapshot of one issue could easily be reshot about any issue that is up for debate. Money flows to organizations and candidates on all sides. Dark money fuels the process and knowing where it is coming from is difficult at best and often impossible.

If an informed public is important to good governance, why is it so difficult to be sure we can be informed?

It seems we are now to go back to where this story began. The need to spend more and more to mount successful campaigns requires the raising of more and more funds. And if that requires protecting donor secrecy, those raising the money are ready to use their resources and skills to ensure that the public remains in the dark.

When the Supreme Court recently ruled that a California law requiring that the state be made aware of a nonprofit’s major donors, just as this information must be shared with Federal government, was unconstitutional, it was supporting a position taken by voices on both the left and right. The law was challenged by the Americans for Prosperity Foundation, a conservative advocacy group. Standing with them were the ACLU, the NAACP Legal Defense Fund, and the Human Rights Campaign among other organizations that would never partner with AFP in its advocacy work.   In an Amicus brief, it was these liberal organizations that argued that the right to privacy was more critical than the public’s right to know. “The disclosure law at issue…risks undermining the freedom to associate for expressive purposes…A critical corollary of the freedom to associate is the right to maintain the confidentiality of one’s associations…” And the Supreme Court agreed, donor privacy was more important than a knowledgeable public.

The ACLU, just like the conservative organizations that have let the charge to make CRT toxic, chooses to keep its financial supporters private.  in its last tax return, the ACLU told the Federal Government that it had received  39 donors who made gifts of more than $100,000,  but they declined to tell the public who those people are.

In a time in which so much money is being spent to effect public policy the ability to keep the public in the dark is dangerous. Wealthy men and women can support efforts from multiple organizations, each speaking as if they represent an independent voice but each being part of an orchestrated effort. When a small number of men and women have amassed immense wealth knowing when they turn their efforts to politics is important. They could be acting like the liberal North Fund which, according to Axios, “is shadowy even by the standards of D.C. advocacy groups. It has no website. Its address is a shared workspace. And in March, it won a fight against Montana officials trying to force the group to disclose its donors.”

Combining more money with more secrecy is a recipe that will not taste well. At a moment with a growing number of very wealthy men and women knowing when and how they enter the political and public policy arena is important. Knowing that Michael Bloomberg spent his own money on a $1 billion effort makes a difference. Knowing he was not building a broad-based campaign like that of Bernie Sanders helps voters consider their options. Knowing that organizations that claim to have broad-based support are funded by a small number of wealthy donors helps us understand their efforts. Knowing that a coalition of organizations, each with a claim to a separate constituency is actually part of a single effort coming from a small number of large supporters is important information.

Yet we do not demand that level of transparency from all who wish to affect the policies of cities, states, and the nation. This is not a path that gets us where our Democracy needs to go. Whatever the risks of making donors public are, they pale before the risk of an uninformed public being forced to do their job in the dark.