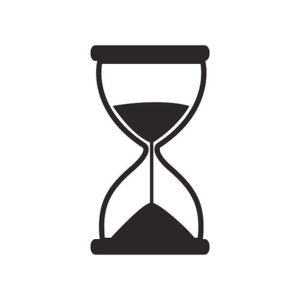 We have less than 350 days before a man-made cataclysm changes our nation, perhaps beyond repair. On the evening of November 8, 2022, our votes will be counted, and we will know who will be sitting in the 435 seats in the US House of Representatives and the one hundred seats in the US Senate. We will also know the make-up of most state legislatures by the time these votes are counted. We will know if the conservative wing of the Republican Party has found success with its efforts to change the definition of democracy.

If you care about combatting climate change, or economic inequity, or a woman’s right to control her body, or public education, or criminal justice reform, or quality affordable medical care, or economic justice, you should be genuinely concerned. With each passing day, the Republican party is moving to predetermine the outcome of those elections. They are working to ensure that they result in their party winning and winning decisively. The Republican effort to determine the election outcome before the ballots are even printed has been well-coordinated and sits on the precipice of being successful. It relies on taking advantage of the underlying cracks in our democratic system that have been given the Supreme Court’s blessing.

The Court’s 2019 ruling (RUCHO  ET AL.  v.  COMMON CAUSE  ET AL. ) gave State legislatures the ability to create House and State Legislative districts that dramatically favor their party’s candidates declaring that politically motivated gerrymandering was “beyond the reach of the federal courts.” With the door unlocked, State legislative leaders were ready and willing to let the anti-democratic pandora out of its box. And while politically driven redistricting is available to politicians of all parties it clearly advantages Republicans. According to the New York Times, “Republicans have control over the redistricting process in states that represent 187 congressional seats, compared with just 75 for Democrats.”

With a swing of just five seats needed to shift control of the House, it will not take much to tilt the balance. North Carolina, the state, which was the context of the Supreme Courts’ decision, illustrates the potential for distortion of our democracy. In the 2020 election, Donald Trump received 49.9% of the vote to Joe Biden’s 48.6%, a difference of fewer than 75,000 votes in an election in which 5.5 million people voted. Yet the Republican-controlled redistricting process has established maps, as reported by the New York Times,  “lopsidedly favor Republicans. According to PlanScore.org, a nonpartisan website, if the North Carolina vote under the new maps were split 50-50 between the two parties following recent voting patterns, it would give Republicans a 64-56 edge in the State House and a 32-18 margin in the State Senate. The new congressional map is even more tilted, giving Democrats an advantage in only three of the state’s 14 House seats, down from the five they hold now.”

The picture is the same in Georgia, a state that favored Joe Biden for President and now has two Democratic Senators representing them in Congress. The new districting maps created by a Republican-controlled state government is designed, as reported by Truth Out, “to increase the number of congressional districts the party controls from eight to nine, leaving Democrats with just five. According to an analysis by The Atlanta Journal-Constitution, ‘Though Georgia’s voters are split between the two political parties, none of the state’s 14 congressional districts would be competitive.’ It’s not just the new congressional districts that serve Georgia’s GOP. Democracy Docket noted that ‘the state House and Senate maps… were criticized by Democrats for cementing a Republican advantage in the General Assembly and failing to account for the growth of Georgia’s minority population.’”

Where it can be done it is being done. As N.C. Representative G.K. Butterfield explained, “It’s seismic. It’s monumental. It’s a gerrymandering epidemic that’s not just going to damage the Democratic Party. It will inflict damage on our democracy.”

If such radical gerrymandering is not enough, Republican-controlled state legislatures are busy reshaping the way elections are conducted and making it harder for people, particularly voters they fear, to vote. That door was opened, again by the US Supreme Court, in 2013 (SHELBY COUNTY,  ALABAMA  v.  HOLDER,  ATTORNEY GENERAL,  ET  AL.). Justifying the striking down of provisions of the Voting Rights Act, Chief Justice wrote for the court “Nearly 50 years later, things have changed dramatically. The tests and devices that blocked ballot access have been forbidden nationwide for over 40 years. Yet the Act has not eased [Section 5’s] restrictions or narrowed the scope of [Section 4’s] coverage formula along the way. Those extraordinary and unprecedented features were reauthorized–as if nothing had changed.”  The Court just wiped out years of effort to ensure that every citizen could vote and took away protections for marginalized voters allowing each state to honor its bias and bigotry as they wished.

Republicans have gleefully seized on this opportunity. Under the banner of safeguarding elections, new rules will make it more difficult to register and vote with a particular focus on limiting the participation of minority voters who have tended to vote Democratic. According to the Guardian, “’ The GOP’s strategy of voter suppression and voter repression is so out in the open,” said Rep. Jamie Raskin, a Maryland Democrat “There used to be some formal, bipartisan agreement that everyone really should have the right to vote and that’s a fundamental value. That is gone right now.’”

And Republican-led state legislatures are taking control of the election process away from non-political officials and giving it to their own partisan forces. The New York Times recently reported about how this process was taking place in Wisconsin. “The Republican effort… takes direct aim at the bipartisan Wisconsin Elections Commission, an agency Republicans created half a decade ago that has been under attack since the chaotic aftermath of last year’s election…Senator Ron Johnson, a Republican, said that G.O.P. state lawmakers should unilaterally assert control of federal elections, claiming that they had the authority to do so even if Gov. Tony Evers, a Democrat, stood in their way…”

And Wisconsin is not an outlier. “ABC News identified at least eight states, including battlegrounds Arizona and Georgia, that have enacted 10 laws so far this year that change election laws by bolstering partisan entities’ power over the process or shifting election-related responsibilities from secretaries of state.”

With the US Supreme Court firmly controlled by conservative (Republican-appointed) Justices, it is unlikely that they will reverse course and protect democratic elections, elections that guarantee fair representation and access to the ballot for all citizens. Perhaps state courts will replace them as the backstop. But as Republicans have worked to control state governments, they have also worked to create state courts in the same image they have shaped the Federal Court System so that help may be a long time in coming. “According Ballotpedia to state courts tilt Republican in 27 states and Democratic in 15. A few high courts, most notably the Texas Supreme Court, have reputations as graveyards for voting-rights suits.”

As the Republicans move steadily forward, the Democratic Party gnashes its teeth, pulls out its hair, and remains frozen, watching a train wreck unfold. The Democratic-controlled House of Representatives has passed two different bills designed to protect our elections and our right to vote: H.R.1 – For the People Act of 2021and  H.R.4 – John R. Lewis Voting Rights Advancement Act of 2021. Both remain stymied in the Senate by the Republican party’s ability to demand sixty votes to defeat their filibuster. In a Senate that is split 50-50 with Senate rules remaining unchanged, neither bill stands a chance of even being debated.

As Democrats argue among themselves about the dangers of tampering with the filibuster, fearing that when they lose control of the chamber bad things will happen, Rome is burning. Democratic leaders, including President Biden, have said that Republicans will be thwarted if Democrats just organize more effectively and turn out even more voters. If they believe this, they are whispering in the dark. Tailored House districts are being designed to have large Republican majorities so that organizing a few more voters to vote Democratic will be a fruitless and expensive task. As we are seeing, once these majorities are baked in at the state level, they work hard to remain inviolable.

We need to strip the veil away from what is taking place, state capital by state capital. We need to demand Democrats in Congress act more forcefully than ever, in their self-interest and the nations. Unfettered, those who will manipulate our system to protect their power will continue to change the rules as they see to their benefit. Allowed to manage the ballot box to ensure they win elections, they will continue to use their power in their own self-interest. Reclaiming democracy will be hard if not impossible.

De we really want to take that risk?

Democrats in Congress, the onus is on you. And the clock is ticking, day by day, toward November 8, 2022. When we wake up the next morning, if we do not act soon, it will be too late.