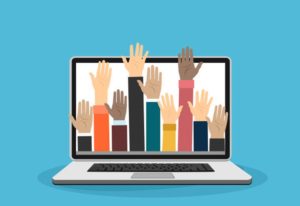 There was an air of jubilance among voting rights advocates on January 24th when a three-judge Federal District Court (which included two Donald Trump appointees) unanimously ordered the Alabama Legislature to redraw Congressional districts to ensure that Black residents would be properly represented. They pointed out that Alabama’s population is 27 percent Black.  Alabama has seven congressional districts and the court held that when most Black voters were packed into one district, as the recently passed districts did and the rest spread out over three other three other districts, the Black vote was diluted in violation of the Voting Rights Act. To have true representation, Blacks in Alabama should be able to elect two Representatives. This map that they invalidated would deny them this representation, and was unconstitutional.

Of course, this decision was immediately appealed by the state of Alabama to the U.S. Supreme Court, who agreed to hear it in its next term, which would be after the 2022 elections and still would require Alabama to create new and constitutionally drawn districts for the crucial 2022 elections.

But the Supreme Court did agree to hear Alabama’s separate request for an “emergency petition” asking for a stay of the district court decision. This came as a separate request. This heard on what is known as the Shadow Docket of the Supreme Court.  Cases heard in this way do not receive full briefings and decisions are issued quickly and often without signed opinions.  In this particular case, the decision was 5/4 to stay the district court decision, leaving in place the disputed map that the lower court said disenfranchised Black voters in Alabama until the Supreme Court could hold a full hearing months from now in its next term. By doing this, the Supreme Court has left in place maps that the lower court found in violation of the 1965 Voting Rights Act. They will be used for the state’s primary in May of 2022, at least, and may possibly stay in place until after the November general election. The reach of this Shadow Docket decision is quite far and has implications beyond the borders of Alabama.

The fury and anger in the dissenting opinions (and, yes, in this case there were opinions) from the liberal justices (who were joined in their dissent by Chief Justice John Roberts, Jr.) was palpable. And the explanations given by the other side seemed to be a reach and to re-write the parts of the still existing Federal Voting Rights Act which remained in place after the Court’s earlier decisions in 2013 in Shelby County v Holder and in 2021 in Brnovich v DNC.  The main argument put forward by Justice Kavanaugh in his opinion supporting the stay was that it was “too close” to an election and federal courts should not be changing state laws at this time.  It was better to maintain the status quo, and that they were not “making any new law” by doing so.  It should be noted that the law they left in place, (and sanctioned in so doing) clearly violated the Voting Rights Act as duly found by the lower court!

The fury of Justice Elena Kagan at this decision focused on the abuse of the Shadow Docket as well as the lack of logic in the decision.  She stated that the district court was correct in its process and its logic, and the timing issue was not a valid argument.  She stated: “Alabama is not entitled to keep violating Black Alabamians’ voting rights just because the court’s order came down in the first month of an election year.”  But then Justice Kagan moved to attack the use of the Shadow Docket as the means to stop this process and, without saying it directly, pointed to it as an abuse of the judicial system.  Kagan stated in her dissent: “Today’s decision is one more in a disconcertingly long line of cases in which this Court uses its shadow docket to signal or make changes in the law, without anything approaching full briefing and argument.” She added that by reversing a “careful” and “exhaustive” lower court decision, the majority upset the way challengers have sought to prove vote-dilution claims for decades. “That is a serious matter, which cannot properly occur without thorough considerations,” she charged.

What does this case mean for voting rights?  How important will it be for the future of other cases of gerrymandering now in the state and federal courts as we approach the 2022 elections?  The answer is for those of us working on voting rights is not pretty.  In allowing the Alabama map that a 3-judge federal district court found to be racially gerrymandered to remain in place most likely through the 2022 elections, the Supreme Court has opened the door for other states to assume that they can do the same.  In a floor speech in the US Senate, Senator Richard J. Durbin (D-IL), Chair of the Senate Judiciary Committee, lamented this and previous decision of the Supreme Court saying: “As a result of these decisions, legal protections for voters of color throughout the country are being systematically dismantled by the Republican Party through state legislatures and, sadly, by our federal courts.”

We need to pay attention to our state courts when it comes to voting rights. There are more than a dozen redistricting cases pending in state courts that will certainly impact election outcomes and just who will be able to vote in various states.  And more cases may be filed as maps are re-drawn in states across the country based on the decennial redistricting process.  Because of a 2019 Supreme Court decision (Rucho v Common Cause), federal courts cannot hear partisan gerrymandering claims, only ones deemed racial.  If a claim is going to land in a federal court, it will be a racial gerrymandering issue. Most of the claims under court consideration at this time, are in state courts and are being brought by political parties.  This is not all bad.  In many cases, the state courts, according to the Brennan Center for Justice, are striking down maps that are clearly partisan. In Ohio they have done this twice!  Not so in Michigan or New Jersey, but many cases are still pending as we wait to see how voting districts will be drawn for the next ten years.  It is possible that some of these cases will take on a racial tone (as in Alabama) and make their way to the federal court system.  Court watchers need to be vigilant.  Nothing is simple and a slight change in definitions can propel a case from state to federal court.

Whatever the outcome of these state and federal voting rights cases, it seems clear that faith in our judicial system has been shaken.  It seems that the one branch of our government that was not “political” can no longer make that claim. Even as its justices at the highest levels try to put on a “good face,” there is an issue of trust that is on very shaky ground.  With an issue as critical as voting rights that people have fought for and died for being dissected and left unprotected by those courts, that trust further erodes. In a speech this past week Justice Sonia Sotomayor expressed concern at the politicization and the status and the trust of the public in the courts. “Yes, I have concerns that we might be in crisis,” Sotomayor said during the inaugural Robert A. Katzmann Lecture at New York University School of Law. “As norms in the nomination process are broken, as more senators, local politicians, and media question the legitimacy of the court, many of them heap scorn on the court. The threat [to judicial independence] is greater and unprecedented than at any time in our history.”

This is not a time for retreat. This is a time to address history head-on. If we are to make a difference in maps and votes and election outcomes, it will not happen because we stayed home and bemoaned the situation. It will happen because we learned what was possible and shared information and organized and reached out to those who are being disenfranchised and acknowledged them, telling them — I see you and I will listen to you as we look for new solutions.  I have always said that voting is our superpower.  That is why is so often the first thing people take from us. I say, “Not on my watch!” What do you say?