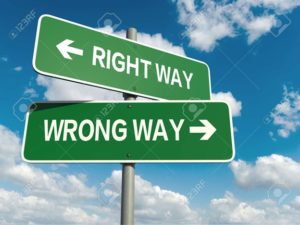 There seems to be little good news lately. We are watching a Russian invasion of Ukraine with much of the world finding ways to offer tangible support to Ukraine but trying to stay out of the range of fire.  We are seeing a growing lack of confidence in our own government and community institutions.  We are watching almost constant in-fighting among our elected officials and a growing partisan divide within our nation. The wealth gap continues to grow, and we are seeing the dissolution of many of our long fought for civil and human rights gains. The question being raised by many voices appears to be “Are we moving forward, or backward?”, depending on your political persuasion might be.

An annual Gallup poll from 2021 on the public’s confidence in institutions, gives participants five categories to choose from when ranking their confidence in each institution.  They are:  A Great Deal; Quite A Lot; Some; Very Little; None.  What is fascinating about this poll which has been conducted since 1973 in alternate years and since 1993 on an annual basis, that few institutions garner great confidence from the general public.  Only small businesses, the military, the police and perhaps “science”, a new addition in the past year, had consistent support of more than 50% in the combined “great deal or quite a lot” categories.  All of the other institutions surveyed barely reached 50% in these combined categories, including our elected leaders and those who sit on our highest court. How interesting that those with “trust” are in our neighborhoods (small businesses) and those whom we feel are protecting us – the police and military and perhaps “science” in these days of pandemic. The medical system did rank better than many other systems on this list of institutions as well.

These polls track many years with little variation. The people of this nation’s confidence in their institutions have not varied greatly from year to year, no matter what the situation or who was in leadership.  The chart below shows the combined data for “a great deal” and “quite a lot” of confidence in each of the institutions for the last four years.

As I ponder this information, I am struck by where our elected officials, those who are responsible for how our government works, put their efforts, priorities, and energies.  Much seems to go into repressing those who might, by the simple act of voting, remove them from office and a great deal of energy is spent on controlling many of those institutions, such as Congress and the courts, that Gallup was assessing levels of citizens’ confidence and trust.

It takes great effort to maintain the level of systemic racism and the wealth gap that currently exist in this nation.  This is not a partisan matter.  It seems to rear its head on both sides of the aisle, particularly when budgets are under discussion. Human needs seem to fall by the wayside in deference to corporate need. Adding to our already huge military budget takes priority over funding childcare and eldercare.  And more money for police is given precedence over funding local community resources and education programs that may have track records in crime reduction. When these budgets are debated at the federal level and when state budgets are debated as well, the voices of those who are most in need and should be listened to the most, are almost never invited to the table.

And this is the problem.  Our elected officials continue to acknowledge a wide range of issues and their importance. We also indicate, as a citizenry, that we do not have great confidence in our institutions and those who lead those institutions.  And yet, we continue to send people who espouse views we say we do not like or trust to lead at the local, state, and national levels.  We do not stand up in great numbers to their efforts to disenfranchise voters. We do not turn out in great numbers for elections, no matter when they occur or what the importance of the issues on the ballots. We are a nation of complainers, but not a nation of doers.

If everyone who is registered to vote, actually voted in every election, we might see a real difference in what kind of attention was paid to these issues by our elected officials.  We might even see a different group of elected officials paying attention. We have yet to figure out how to make voting personal enough to motivate every registered voter to feel that they have a stake in the outcome of the election.  We have allowed our elected officials to run roughshod over election process and procedure so that they can exclude those who might vote them out and suppress the voting numbers in order to keep them in office.  And because our federal courts have been filled with lifetime appointees whose judicial philosophy aligns with this thinking, these election laws are likely to prevail in court challenges.

Perhaps, if the citizenry felt that their vote would stop the demise of our institutions and they might begin to envision their personal positions moving forward rather than sliding backward. Perhaps, this might make them turn out and vote, no matter what kind of gauntlet they had to face.  Or perhaps we need to change our federal laws and make voting mandatory once you reach the age of 18!  Now there’s a thought! If we cannot get people to vote voluntarily, let’s make sure they do it and offer some sort of reward when they do (not just an “I Voted” sticker). So many people don’t vote because… “What’s the point?” If it is not making a difference in their lives, why, bother?  But if they could see themselves as true agents of change, as people who had the power to strike fear in the hearts of elected officials with the simple action of their vote.  If they could see themselves as part of a wave of the future that would change those data sets around trust in our institutions, by electing different leaders, that would truly be amazing.  If voting is a superpower that can change systems and institutions, it is time to push back against those who are suppressing it and put on our superpower capes. The alternative is not acceptable.