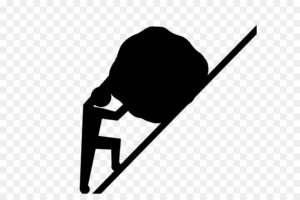 Every one of my news feeds flashed alerts on Sunday that a bipartisan group of 20 Senators had reached agreement on what they described as  a “commonsense, bipartisan proposal to protect America’s children, keep our schools safe and reduce the threat of violence across our country.”   After years of stalemate, this is being described,  as President Biden said,  “ the most significant gun safety legislation to pass Congress in decades.”

Should I be happy? Should I see this a refutation of my argument that our political system is broken because it ignores facts and cannot enact policies that directly address the problems we face?

Well, I am not pleased. And I am more concerned about our broken political system today than I was before this deal was announced.

With twenty Senators in agreement, they are still 40 short of the votes needed to get Senate action. So, it is very likely that the proposal will be modified (watered down) before it passes in the Senate. What we have is the best case, at this moment, and that best case is shockingly thin.

Here’s what bipartisanship has brought us:

“Support for State Crisis Intervention Orders: Provides resources to states and tribes to create and administer laws that help ensure deadly weapons are kept out of the hands of individuals whom a court has determined to be a significant danger to themselves or others, consistent with state and federal due process and constitutional protections.

“Investment in Children and Family Mental Health Services: National expansion of community behavioral health center model; major investments to increase access to mental health and suicide prevention programs; and other support services available in the community, including crisis and trauma intervention and recovery.

“Protections for Victims of Domestic Violence: Convicted domestic violence abusers and individuals subject to domestic violence restraining orders are included in NICS, including those who have or have had a continuing relationship of a romantic or intimate nature.

“Funding for School Safety Resources: Invests in programs to help institute safety measures in and around primary and secondary schools, support school violence prevention efforts and provide training to school personnel and students.

“Telehealth Investments: Invests in programs that increase access to mental and behavioral health services for youth and families in crisis via telehealth.

“Under 21 Enhanced Review Process: For buyers under 21 years of age, requires an investigative period to review juvenile and mental health records, including checks with state databases and local law enforcement.

“Penalties for Straw Purchasing: Cracks down on criminals who illegally straw purchase and traffic guns.”

This is compromise deludes us to believe that there is no problem in our living in a country that has more weapons than people. It is a compromise that wants us to believe that gun violence is best seen as a mental health issue. It is a compromise that wants us to trust that states will do the right thing since it does not create a federal  “red flag” provision; it only gives states access to resources should they choose to avail themselves of the funding.

How certain, for those who disagree with me and see this as a significant move forward, are we that this framework will become law? Here’s how the Wall Street Journal described the proposal’s future prospects. “Hurdles remain on converting the framework into a detailed proposal, including how much to spend on the programs, how they would be paid for, and how the money would be distributed. There are no specifics, for example, on what type of law a state must pass to receive a grant relating to implementing extreme protection orders, commonly called red-flag laws, which allow for guns to be removed from a person who is deemed unsafe…A GOP aide involved in the negotiations said the agreement is ‘on principles, not legislative text,’ and that the firearms-related provisions would be closely scrutinized by Republicans.”

Should it be enacted as proposed, do you trust, in our heated political environment, that states and local governments will find the inducements offered sufficient to have them act? Consider this tale about a proposed school-based mental health clinic reported by the New York Times last week: “ A Mental Health Clinic in School? No, thanks, Says the School Board. American teenagers are reporting severe levels of anxiety and depression. But when Connecticut moved to expand mental health services in schools, it ran into fierce opposition in one town.” The same parents’ rights ideology that was used to fuel the anti-mask and the anti-CRT (Critical Race Theory) efforts that have roiled government at all levels was unleased on a school board in a state that knows firsthand how devasting a mass shooting by a troubled teen can be and prevented the district from opening a clinic that would have cost them nothing. Drumming up the ogre that a mental health practitioner might discuss a child’s gender identity questions, or questions about sexuality were enough to fan the flames of the outrage fire.

The reality that if this is the best we can get, makes me scared. The reality that Republicans and Democrats are crowing about their success in responding to the gun violence crisis by creating this proposal tells me we at great risk. I don’t expect that the modern Republican party will act rationally and responsibly. But in this compromise, we are seeing how defunct the Democratic party is. We are seeing that it does not represent a progressive voice. The compromise allows everyone to turn to their voters and brag about how they have responded to the horrors of mass shooting without taking actions that require the needed personal sacrifices that will bring real change. For the Republicans this is par for the course. But for Democrats who pose as the voice of progress, this compromise is a sign that they are not willing to battle for what is needed, that they are not willing to play hardball and trust the voters in this country to see the importance of their votes in 2022 and 2024.

That’s why I see this compromise as just one more piece of evidence of a broken democracy. If voting matters, we need those we vote for to be fighters for what we need not just compromisers who proudly settle for the few scraps they can gather. Because in this case, those scraps will require us to live through lethal havoc wrought by what will be still legal and available weapons of war that can be unleashed on innocents in shopping centers, churches, and schools.