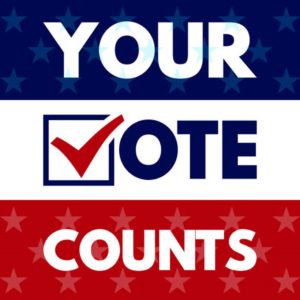 As many of us sit transfixed, watching the January 6thCommittee’s hearings and wondering how we have descended into this kind of pollical morass, witnessing the reality of the unraveling of our democracy that is happening in our states. This is not something we may be able to control and easily stop as it will come down to those who are in charge of our elections at the state and local levels. And we are seeing corruption within our local and state election systems that seems to be growing and this internal corruption is not limited to just one political party. It is raising questions about the security of our election systems.

If this does not send chills and fear through you, let me explain in a bit more detail.  According to an article in Politico, “a dozen chief election administrators detailed a growing number of “insider threats” leading to attempted or successful election security breaches aided by local officials.” The operative words here are “insider threats” and “aided by local officials.”  These actions to breach election security were coming from those who were part of the system, not from those who were outside of it.  These were people that were elected and appointed to ensure that our elections were fair and honest.  The article indicated that these were not isolated incidents, but seemed to be a well-coordinated effort.

“What’s clear is this is a nationally coordinated effort,” said Michigan Secretary of State Jocelyn Benson, a Democrat. “It’s multi-year, multi-faceted … not just pressuring election officials, but pressuring local elected officials as well.”  Some of the claims coming from these officials are resulting in refusals to certify primary election results, based on unfounded claims concerning the security of the voting machines.  These claims are rooted in the conspiracy theories of the hacked equipment (that were debunked) from the 2020 election.  Let the chaos begin!

Both Republican and Democratic Secretaries of State are now on guard for these potential “internal” disruptions to their voting processes and the integrity of their voting machines. What is clear is that many of those who are in charge of elections are concerned. No matter what their party affiliation, they are limiting the number of people who have access to election equipment, even as it sits in storage between elections, in order to cut down on the risk of some sort of “insider” disruption.

According to Politico, security for elections is now a high priority and it is multi-faceted.  Ohio Secretary of State Frank LaRose, a Republican, recently pushed out what he called his “security directive 3.0,” that came after an attempted breach in the state. He emphasized not only the importance of cybersecurity, but also “physical” and “human” security. “A hacker can try to enter through your door,” LaRose said, raising an example of someone posing as a delivery person to try to gain access. “You got to constantly remind people, because human nature is ‘Oh, yeah, let I’ll somebody in the building.’”

So now we all have something else to add to our list of things to worry about in the upcoming midterm elections.  Even as our Secretaries of State work to ensure the security of our voting machines and polling places, at the local level, we are seeing more and more seasoned elections officials leaving.  They have found that their work is no longer safe as they are accused of being those “insiders” who are tampering with voting machines and results.  In some cases, their lives and those of their families have been threatened.  A survey from the Brennan Center for Justice found that one in three election officials knew someone who had left a job in part because of threats and intimidation.  It went on to say that one in six had experienced threats personally.  These positions are being filled by eager partisans who are looking for ways to control the ways in which are elections are managed.  I do not think this is what was envisioned for our nation.

But all is not lost.  There is still time for good people to volunteer to work the polls and to poll watch.  There are many on both sides of the isle who believe in free and fair elections and who will rise to defend our votes.  These issues are not limited to  just one political party. We need to make sure that all votes are counted and that everyone feels it is valuable for them to vote. So, when you hear questions raised in your state about “insider threats” to voting integrity. Be aware and speak out so that these threats are quickly investigated and dealt with. They may sound crazy or far-fetched, but in these times… nothing is too bizarre to think it might not be true. So, as we push to get people to the polls, let’s make sure that their votes are going to count.