Two days ago ProPublica published a story that made it crystal clear that our vaunted “progressive” income tax system is anything but progressive. 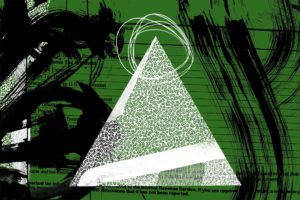 And those who are benefitting do not see any value in fixing it.

The story came just a few weeks after Fortune Magazine told us how much richer the richest among us had become while the rest of us struggled to make it through the Pandemic. “Total American billionaire wealth stands at $4.6 trillion as of the stock market close on April 28, by our count. That’s up 35% from $3.4 trillion when markets opened on January 1, 2020, just as Covid-19 was beginning to take the world by storm. In other words, U.S. billionaires have gotten about $1.2 trillion richer during the pandemic.”

ProPublica based its reports on leaked information that provided a way to look behind the IRS’ veiled walls. In data for 25 people, they found a huge tax disparity between the wealthy and the rest of us. By the end of  2018 these 25 “were worth $1.1 trillion…it would take 14.3 million ordinary American wage earners put together to equal that same amount of wealth.  The personal federal tax bill for the top 25 in 2018: $1.9 billion. The bill for the wage earners: $143 billion.”

Taxation is not a game. It is the mechanism by which the government is supported. And how well it is funded, like any organization, has much to do with how well it can do its job. Because governments at all levels are starving and are unable to do what we need them to do the issue that ProPublica laid open is much more than an academic exercise. The quality of life for millions rests on our understanding taxation matters because it underpins an effective government. A broken tax system requires action.

Underlying this great disparity, one that turns our “progressive” tax system on its head is the distinction that we make between INCOME and WEALTH.   Most Americans live on the money they earn and little if any is saved; most Americans have little wealth.  Their INCOME is taxed to the full extent of the tax code. For the wealthy, income is less critical; there are ways to meet the day-to-day expenses even with little income because they can rely on mechanisms to use their untaxed wealth. As ProPublica observed “ America’s billionaires avail themselves of tax-avoidance strategies beyond the reach of ordinary people. Their wealth derives from the skyrocketing value of their assets, like stock and property. Those gains are not defined by U.S. laws as taxable income unless and until the billionaires sell.”

For the wealthiest, great wealth, exorbitant lifestyles are not contingent on income at all.  Keeping the distinction between taxable income and untaxed wealth has great value to them.

In comments reported by ProPublica, billionaire Carl Icahn, see no consequence to this structure. If he can use it to his benefit, that is just playing the game well and he is all about being a winner.  “There’s a reason it’s called income tax. The reason is if, if you are a poor person, a rich person, if you are Apple — if you have no income, you don’t pay taxes. Do you think a rich person should pay taxes no matter what? I don’t think it’s germane. How can you ask me that question?”

Donald Trump, debating Hilary Clinton during his successful 2016 Presidential campaign, defended himself against charges that he has not paid any taxes by telling us very clearly his motives; Government does not worthy of the money. “I hate the way our government spends our taxes because they are wasting our money. They don’t know what they’re doing. They’re running it so poorly. Whether it’s spent in Iraq or wherever they’re spending it, they are wasting our money. So I do hate the way our government spends our money.”

The consequence of this on the lives of others seems to not be a germane question.

But there are wealthy men and women who seem to care about the state of the world and others. They have dazzled us with their generosity by committing great portions of their fortunes to charity  The last decades have seen a wave of mega-gifts to universities, hospitals, museums, and every other sort of non-profit organization.  We have seen the formation of new foundations and public benefit ventures led by the Gates Foundation.

We are left to wonder then, why charity but not fair taxation?

Their generosity is not just a way to garner the benefit of a large tax deduction, it speaks to a distrust of democracy and the role of government in building an equitable society.

Former New York Mayor and Presidential Candidate Michael Bloomberg has directly confronted the problems that result from an underfunded government. In a statement, he gave to ProPublica his organization said that “Mike has given $11 billion in his lifetime to charity, for which the U.S. allows a deduction to encourage giving. The tax benefit that he gets from the charitable deduction is a fraction of what he gives to charity, and he views any of this tax benefit as more money to put towards charitable causes.”

In comments reported by ProPublica, Multi-Billionaire Warren “reiterated that he has begun giving his enormous fortune away and ultimately plans to donate 99.5% of it to charity because he does not see an actual benefit of paying more in taxes. ‘I believe the money will be of more use to society if disbursed philanthropically than if it is used to slightly reduce an ever-increasing U.S. debt.’”  Is that really all that taxes do?

Elon Musk whose tax rate when wealth is included is less than 4% sees a very minimal role for government. In comments reported by MSN Money he described the limited scope of government to just being a referee for the game of business he and others were playing. “’ That’s an important role for government to ensure that the rules are correct and that the incentives are what we actually want them to be for,’ Musk said at the WSJ CEO Summit. Where the government goes wrong, Musk said, is ‘when they want to not just be a referee on the field, they want to be a player on the field.’ Musk added that he thinks it’s incredibly important that the government focus on incenting ‘the outcome, not the path.’”

Essentially these are men and women who see the world through a lens of hubris and ego. Their fortune comes from their brilliance. The Government is run by incompetents who spend money badly. The voice of the people is not to be trusted.

Changing the system is hard because their wealth is so easily turned into political power.  The problem is not new. As the Income Tax was being created the debate over what to tax was hot and heated. And those who supported sheltering wealth won.

A stalemated political system is now being asked to again take up this challenge. With money translating so easily into political power, this will be an uphill battle. But it is a battle that must be fought…and must be won. Leaving tax inequity that cripples the government’s ability to fulfill its purpose in place is an outcome we accept with great peril.