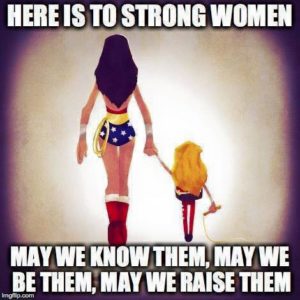 The buzz about the Supreme Court’s hearing a case next year from Mississippi that will challenge Roe v. Wade in the next session has the outlook for women’s reproductive rights looking rather dim.  Not only can this case cut off access to safe and legal abortions (unsafe and illegal abortions will not disappear, they will just become more common), but it would be another opportunity for the Supreme Court to roll back precedent, leaving the door wide open for further decisions based on a justice’s own moral judgements, rather than on the law.

What sits at the core of all of this is not necessarily what those who bring these lawsuits tell you.  It is not their concern for human life and the value of personhood in the beating heart of an 8-week old mass of embryonic cells.  It is not about the importance of the mental health of the woman making the choice to abort a pregnancy.  It is not about the well-being of the families that seek contraception or health services from the clinics that happen to also provide abortions.  No, it is about controlling women.  It is about predominantly white, male state legislatures creating laws that limit women’s options for moving ahead in society.

The male dominance in this nation is seen in our founding documents. When the first leaders of the nation are the “founding fathers” and the writers and signers of the Declaration of Independence and the Constitution contain no female names there is a clear sense of the role and place of women from the beginnings of this nation.  Of course, we cannot discount the role of women “behind the scenes” giving advice, urging their partners and family members on but it does not show up in terms of who will be counted and who will vote in our founding documents.  Women, like those who were enslaved had no enumerated rights. And when the vote was given to those who were freed from enslavement, it was only given to Black males in 1870.  Women, all women, fought for that same right until the passage of the 19th Amendment in 1919, but the reality of this was that only white women could vote.  Black women and other women of color felt the same discrimination as men when it came to voting.  It was not until the 1965 Voting Rights Act that some level of equity was achieved.  White women who had fought long and hard for this important right, did not stand up for their sisters of color until the Civil Rights movement.  A sad reflection on the women’s movement.

Looking at where women’s rights stand and what women and girls have achieved in the last few decades, many would be cheering… but most would be shaking their heads and saying, “some baby steps forward, and some giant steps back.”  While pay discrimination has been illegal in the US for over 50 years, women working full time are still paid 82 cents to every dollar earned by men.  And that number decreases for women of color. On the plus side, women now outpace men in terms of higher education, but at the same time, they also hold nearly 2/3rds of the outstanding student debt.  When you connect this to the gender pay gap, women have a harder time repaying their student loans.  This pay inequity does not end here, but follows women into retirement, where their lower lifetime earnings brings them lower Social Security and pensions payments.  The reality is that women in retirement have only 70% of the wealth that men do. And to add to the indignity, on June 8th of this year, the Senate filibustered a bill that had passed in the House and would have addressed that pay inequality. Being able to discriminate against women is still important to many in power, most of whom are white men.

Beyond the pay inequity issues in the workplace, there is the issue of the “glass ceiling” and women in leadership rolls at the top levels in corporations and even nonprofit organizations.  And let’s not get started on the issue of women of color and indigenous women in these top leadership positions, including politics.  Many of us were thrilled to see President Biden give his first major presidential address with two women (Speaker Pelosi and Vice President Harris) seated behind him, but we are still far behind being equitable in our elected leadership.  And we witnessed a vastly different approach and kind of questioning for Biden’s cabinet and administration nominees who were women of color than for men or for white women. Something seems to be threatening to many white male politicians by strong, intelligent, capable women of color. And this seems to carry over into the workplace, not just in Congress or the statehouse.

The “#MeToo” movement surfaced the enormity of sexual assault in the workplace and in the public sphere that, for many women, had largely remained unspoken.  Suddenly it was in the open and women were bravely standing up and recounting the assaults on their bodies and the threats made to keep them silent.  The concept of “strength in numbers” seemed to play out when it came to this issue as women of all ages recounted assaults they had never spoken of before. But the backlash also came in terms of those who felt there should be support and concern for the “accused” men and boys who have not been given their due process.  The movement continues and its impact is felt.  As stated in its mission:

‘me too.’ serves as a convener, innovator, thought leader, and organizer across the mainstream and the grassroots to address systems that allow for the proliferation of sexual violence, specifically in Black, queer, trans, disabled, and all communities of color. Leveraging its model and framework, grounded in existing research and theory, ‘me too.’ centers individual and community healing and transformation, empowerment through empathy, shifting cultural narratives and practices and advancing a global survivor-led movement to end sexual violence.

And now, the impact of the Covid 19 pandemic on women cannot be overlooked or understated. In many ways it added to those proverbial “two steps back.”  Women, particularly women of color, low-income women, young women and elderly women were hit the hardest, but even women of privilege felt its effect. Because women are disproportionately represented in low-wage jobs and those were the jobs (46% or 28 million) with higher proportions of those women being Black or Latinx than white, that were quickly lost to the pandemic. It also reflects the structural racism that limits their housing, educational and employment options. When Covid 19 hit, many of these women faced a huge dilemma. They were forced to stay home as their work was deemed non-essential; or they found themselves (many being single parents) without childcare; or they were forced to work at low-paying jobs as essential workers in grocery stores, driving buses, in nursing homes and other such places. It should be noted that 37% of men earn low hourly wages compared to 47% of women.  And 17% of all working women depend on childcare and schools to keep their children safe while they work, compared to 12% of men.  Covid 19 only exacerbated these issues. As Nicole Bateman and Martha Ross, writing for Brookings noted:

COVID-19 is hard on women because the U.S. economy is hard on women, and this virus excels at taking existing tensions and ratcheting them up. […] As the pandemic persists, women will continue to shoulder a disproportionate share of its burden. While there has been some recovery in the labor market, there is still a long way to go to reach pre-pandemic employment highs; low-wage jobs will be the first to disappear again if there is a severe resurgence of the virus this fall. For those women who have been able to keep their jobs, many will continue to balance competing priorities. To earn a paycheck, those who cannot telework must show up physically to work, potentially posing health risks to themselves and their families, and requiring them to find alternative care arrangements for their children if school or daycare are unavailable. Those who can work from home must also care for or help teach their children in the case of inaccessible childcare or limited in-person instruction at schools.

Circling back to the topic that started this piece – the rush by state legislatures to pass legislation that will control women’s health care decisions and women’s bodies. One would be hard pressed to name a piece of legislation (local, state or national) that regulates any male health care decision.  It is unlikely that any would ever pass any legislative body. But the rush to get an abortion case to the Supreme Court and the number of states with legislation that has passed or that is in process that will regulate women’s health care decisions is nothing short of breathtaking.  Linda Greenhouse, writing for The New York Times, pointed out that “in the four days between April 26 and April 29, 28 new abortion restrictions were signed into law in seven states. As of mid-May, bills proposing 549 separate abortion restrictions had been introduced in 47 states, including 165 that would ban abortion.” The most egregious is the Texas law that would not only ban abortion as early as 6 weeks, but would also allow anyone (that’s right, anyone) to sue anyone who is involved in any way with facilitating an abortion. So, if you give someone directions to an abortion clinic, you could be sued.  If you are a clinic escort, you can be sued.  If you discussed options for ending a pregnancy with a pregnant women, you can be sued… by anyone!  And you have no right, under this law, to counter sue.  This is the ultimate in controlling, anti-woman laws that has been passed by any state.  It spits in the face of the rule of law and in the rights of women.

It seems that throughout our history there have been efforts to keep women “in their place.” And that place is one that is predetermined by men who are mostly white and mostly privileged and very much, it seems, afraid of strong, intelligent, women.  From the founding of this nation to today, women have been left out or and afterthought in terms of rights and leadership. But, given the changes in population makeup (in 2020 approximately 161.37 million males/168.63 million females), the greater diversity, and the greater numbers of women than men in higher education, it is unlikely that this will be a long-lasting situation. We used to laugh and say that “a woman’s place is in the House… and the Senate.”  I think that today, we might find that limiting…  The idea of keeping women down may play well where men still retain power, but their time may be short-lived.  As the Helen Reddy song says: “I am Woman Hear Me Roar.”