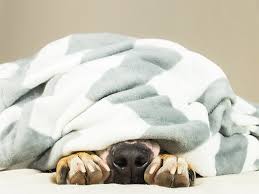 Each morning when I open my computer inbox, I am bombarded with issues and causes that I care about, or should care about, or my friends care about and want me to care about and support.  It is the same with political candidates.  In case you did not know, they share lists of names and emails.  So, if you support one, even with a teeny, tiny donation, you become “fair game” for other candidates’ outreach lists. The sign on my “delete” button is beginning to fade from overuse.  But I am now truly concerned about the future of advocacy and actually standing up for what one believes.

I’ve been an advocate for a long time.  I think it began when I was five and was sent to the principal’s office for refusing to say the Lord’s Prayer with my kindergarten class (part of our every morning ritual).  I grew up in Dayton, Ohio and as one of the few Jewish kids in my class, this prayer just did not seem to fit.  My parents did not tell me to do this… I guess it just was part of my ethos.  But my parents did stand up for me when they joined me in the school office.  And that was my introduction to advocacy, and I’ve been doing it ever since.  From standing up for the disabled students in my school, to not singing Christmas Carols, to anti war protests in college and on to civil rights, women’s rights, and more….  My office has had its share of posters and I managed to find a life partner who shared my passion for issues (although not always the same ones) which helped in raising our children who turned out to also care about politics and issues.  Writing about it this way makes it sound so brave and wonderful.  But in the reality of today, I find myself questioning if all that I have done will be for naught.

I must admit that I often find myself angry, frustrated and frightened by what I see happening around me. I see both engagement and apathy among the people of this nation and both seem ominous for our future.  On the engagement side, I see people jumping on a bandwagon of self-interest and turning their backs to anything that might make them feel responsible for past indiscretions in history.  They rail against the teaching of culturally accurate history and use of diverse literature in schools in order to “protect” their (mostly) white children from feeling upset or responsible for enslaving Blacks has become a bedrock of the political right in order to frighten parents that education will become the “new” means of politicizing and promoting liberal, left-wing, radical ideas.  Somehow, what these parents are fighting against seems like “right-sizing” and actually incorporating the full spectrum of our history and literature into our children’s learning.  But, of course, I come from such a leftist background, that I must be very, very biased…

And I see apathy. I see people on both sides of the political spectrum choosing to sit things out.  They seem to feel that this is not their fight and that they not only do not want or need to be involved, but that they can remain on the sidelines and not have to change any aspect of their lives.  And they may be right.  Their privilege will protect them.  But I also see those who are stepping back because they have been promised change that they are not seeing, and they are unwilling to believe any longer.  I see Black and Brown and Indigenous people who are disillusioned with political promises of change that does not come. Why should they vote again for those who never follow through? I am not sure that I can blame them.  They are not wrong.

I am caught on the horns of a dilemma as to where to place my advocacy time and effort.  So many issues… so little time…   I proudly sit on the board of a nonprofit – Chicago Women Take Action (CWTA) – that in 2014, adopted the Chicago Women’s Agenda that was created with the input of hundreds of women and organizations from across Chicago.  The Agenda addressed 11 major issues of concern to women and our families including Reproductive Rights, Gun Violence, Climate Control, Health Care, Threats to Democracy and Public Assets, Economic Well Being, Investment in Infrastructure and more.  In 2021, CWTA realized that the Agenda needed to be updated to align with what is happening today and to be looking forward to the future.  As we worked on this, the issues areas are now 10, but they encompass much more.  And the Agenda is action-focused.  Once this work of revision is completed (it is still a work in process), we will have a guiding document for activists to use to pick and choose their areas for local, state, and national actions.  But even with this guidance, we know that we will have left things out.  And for many of us, making decisions as to what to prioritize and where to put our precious, limited time for actions is truly a dilemma.

When I worked fulltime in the nonprofit sector, and we found our national organization being pulled in multiple directions, I remember the wisdom of one of our founders. He cautioned us, saying “Do you want to be a mile long, but only an inch deep?” To make an impact, and a difference that has staying power, being only and “inch deep” may not be enough.  It may be why we are staring down mid-term elections with razor-thin margins and issues of racial equity that ignore the voices of the people at the core of the matter. It may be why voting rights and voter suppression have become almost interchangeable. We cannot afford approaches that are only an “inch deep” and that are only putting band aids on gushing wounds.

The issue, for me, and I assume for many others, is just how to sort out these many pressing issues and then determine if and where to put precious time and effort to make change.  Every issue has its champions and all of them are seeking “followers” and supporters. The simplest means of resolving this issue is the least satisfying and the most sought after – giving money to causes and candidates.  I, like many, do this, but find it unsatisfying and that it leads to a never-ending cycle of continuing “asks.” But there are other ways to engage.  One can volunteer, or actually work as staff on a cause (been there, done both), or can do short-term projects or programs to elevate the issue and educate others. All of these, and many more are options should be weighed and considered, hopefully before one jumps into the frey, or sighs and pulls the covers over your head and opts out totally. As someone who has worked on the issue of reproductive justice (see my writing on that here) for well over 30 years, I am not ready to throw in the towel, but I find I am always energized by new leadership and new strategies and ideas. And perhaps that is what is needed… not more of the same old, same old.

So, I am now picking and choosing where I will put my advocacy. For me, I need to feel that if I throw my hat in the ring, I have a chance of making a difference and my background and skills may help.  I will continue my work on women’s issues, but narrow my focus to be more effective.  I will continue to work (as I have for more than 20 years) on the importance of the courts as I think they play an outsized role that is often ignored, and definitely not understood by most people.  And I will stand up and speak out on issues of racial equity wherever it is needed, and as it is appropriate coming from someone like me. And voting rights. Nothing is more core to our democracy than the right to vote. As other issues become “hot,” I will do what I can, but they may not be my priority. After all, one can only do so much.