Antisemitism is a concern. When a man, woman, or child is attacked because they are a Jew, the hate behind the violence must not be ignored. Whenever those with the power to harm turn their might on those, they have othered, those they have made lesser, it is an evil we must fight back against.

The work of combatting hatred and hateful acts against Jews, Black people, Palestinians, LGBTQ+ individuals, Native Americans, and every other marginalized community is sacred work. This work is too sacred to be trivialized and weaponized as the Anti-Defamation League (ADL) does. This work is so sacred that it should not be trivialized as just another political tool to be used to win a political argument. But that is what the Anti-Defamation League continues to do in its quest to defend an Israeli Government that practices apartheid.

The conflict in Israel/Palestine is not simple. The land itself is complicated; evidence of both Jews and Palestinians having centuries-long ties to this one, small piece of land is found wherever one turns on that land, from the Jordan River to the Mediterranean Sea. More modern history is no less complicated; from the turn of the 20th century, when Jewish Zionists began to reclaim their homeland, their efforts encountered another people living on that land who made the same claim that this was their homeland. The myth of a people without a country finding a home in a country without a people has run right into a reality of a land that was not then and is not now, empty. Jews and Palestinians each tell a different story about the events of 1948 after the United Nations played Solomon and partitioned the land to establish the modern state of Israel. For one, that day of independence was a miracle and a day of great celebration. For others, it is a moment of historic tragedy when their land was taken, and they were sent into exile.

In 1948, the formation of a Jewish state created a new reality for America’s Jewish Community. The establishment of this homeland for our “people” was seen as a miracle, lifting us from the despair of the Holocaust. In 1967, after 6 days of fighting and a miraculous victory, the American Jewish Community celebrated the unification of Jerusalem and the strange feeling of Jewish military power. For many American Jews and the organizations that claimed their leadership, it was easy to ignore the Palestinian reality and become intoxicated by the joy of “our people” returning home and making the desert bloom. The reality of Palestinian life seemed unimportant and uninteresting. We brought modernity to a backward place and were showing the world all that we could do.

Year by year, as the occupiers took more control of the land and the lives of Palestinians, and as the resistance, at times violent and at times restrained, wore on, Israel changed. Or perhaps, I began to see a reality that I had previously, ignored. Year by year, it became more apparent to me that I had not really seen the reality of Palestinian life and history. Year by year it became more apparent to me that peace did not come to Jerusalem only because Palestinians did not want it. Year by year it became more apparent to me that those Israeli policies did not recognize the rights of the Palestinian people, saw them as “other” and were purposefully brutal. And so, I began raising my voice in opposition to those policies. I was pained and disillusioned. The image of Israel as a beacon of modernity, democracy, and liberalism that I had grown up with, that I had once taught, had been shattered and I mourned its loss. But I could not turn my back on my belief, as a Jew, that if all men and women are created in God’s image what was happening in Israel/Palestine could not be ignored and must be protested.

Too many of those who claim leadership of the Jewish Community do not agree with my conclusions and, more importantly, they do not agree that this is a conversation, a debate worth having. For them, Jewish Israel is not to be questioned. Its right to exist as it wants to exist is unquestionable. And anyone who does not fall in line and keep their critiques within the lines as an enemy.

Year by year, the brutality of the Israeli occupation has been harder to ignore, and the voices of opposition have grown louder. Our Palestinian neighbors have begun to voice their own narrative and put forward their own visions. The voices of respected humanitarian groups have begun to shout that Israel is an apartheid state, and some political support in the halls of the US Congress has become threatened. These pro-Israeli Government voices have become worried that support for the status- quo is eroding and the Israeli government may be exposed as undemocratic and brutal; its very legitimacy can become open to question and their legitimacy can be questioned.

In their fear, they have unleashed their ultimate weapon, turning the debate away from Israel and Palestine and trying to make it about the existence of Jews and Judaism. They wish to turn me and other opponents into antisemites!

And leading the pack in this effort is the ADL, the supposed voice of those speaking to protect us from hatred and violence.

Just days ago, the ADL released its 2021 Audit of Antisemitic Incidents in the United States. While ADL and its Center on Extremism says they are in the business of stopping “the defamation of the Jewish people and to secur[ing] justice and fair treatment to all,” they are actually now in the business of weaponizing these incidents in their effort to defend Israel from all of its critics and most forcefully from Palestinian voices and their supporters.

This became clear on Sunday night when, Jonathon Greenblatt, the CEO of the ADL, told his followers where the ADL’s attention was focused and declared that individuals and organizations who dared protest and challenge Israel are no different than the fascists and neo-Nazis who deal out violence and death.  “Unlike their right-wing analogs, these organizations might not have armed themselves or engaged in an insurrection designed to topple our government, but these radical actors indisputably and unapologetically regularly denigrate and dehumanize Jews… “To those who still cling to the idea that antizionism is not antisemitism let me clarify this for you as clearly as I can – antizionism is antisemitism. I will repeat: antizionism is antisemitism.””

Jewish Currents described how ADL’s approach is perverting the meaning of antisemitism to strengthen a political argument. “ But as Israel’s government moves further to the right, the occupation becomes more entrenched, and the two-state solution drifts further out of reach, it becomes harder to argue that Israel’s status as a Jewish state can be separated from its human rights abuses—especially since many of the Israeli government’s discriminatory policies, like the Knesset’s 2018 passage of a law that gives Jews alone the right to ‘exercise national self-determination in the State of Israel, are explicitly designed to uphold the state’s Jewishness at the expense of its democracy. ‘As someone born in Jerusalem who has dealt with living under Israeli apartheid, I clearly view opposition to Zionism and opposition to a state favoring Jews over non-Jews as distinct from hatred of Jews,’ said Ahmad Abuznaid, executive director of the US Campaign for Palestinian Rights. “

Over many years the organizations that seek to speak for the American Jewish Community, to wield political power in its name, worked to make support of Israel central to the meaning of Judaism and of being a Jew. They urged Jewish communal organizations and religious institutions to be vocal and visible in their support of the Jewish homeland. At their urging, “We Stand with Israel” signs are common on the lawns of these institutions. Israeli flags sit next to the American Flag in the front of their halls where their members and congregants gather and pray. Israeli speakers and guests are common programmatic features. Travel to Israel, and donating to Israeli causes is seen as a cornerstone of developing Jewish identity, whether or not one becomes an Israeli citizen or not. This week, as Israel celebrates its Independence Day (Yom Ha’atzmaut ), Michael Koplow of the Israel Policy Forum wrote “many North American Jews treat Yom Ha’atzmaut as akin to a universal Jewish holiday rather than a particular Israeli one and have adopted it as their own.” 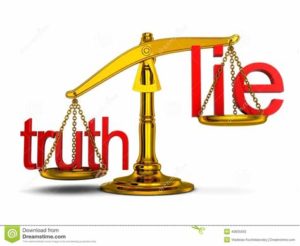 Yet now the ADL wishes us to see anyone who is confused by this picture and protests against Jews or Jewish organizations because of what is happening in Israel/Palestine as antisemitic. For a Jew to see Israel as comingled with their Judaism is the desired state, but an anti-Israel/pro-Palestinian protestor who cannot parse this subtle difference and painstakingly tease out the difference in their words is antisemitic. One must accept that Israel must be a state that gives preferential status to its Jewish citizens or be an anti-Semite. The hypocrisy of their position has illustrated in these words by  Yousef Munayyer, a nonresident senior fellow at the Arab Center Washington reported by The Intercept, “I’m far more familiar with the history of antisemitism and the history of prejudice against Jewish people than I am about the history of prejudices against many, many other peoples because that is what is necessary to engage on this subject in the United States. At the same time, people who make arguments in favor of Israeli policies never seem to be subjected to the same minefield related to sensitivities over Palestinian history and suffering. That clear double standard is one the ADL seems dedicated to reinforcing.”

The ADL, seeing its pro-Israel, its “Israel is always right,” position threatened, has seen itself as the ultimate protector as the bulwark against a rising tide of opposition. It believes if it smears opponents with the tar of antisemitism, it will weaken its position. It will keep the reality of Israel/Palestine from being examined and the apartheid that is the life of the Palestinian people under Israeli control, from being recognized. This is the strategy of a fearful organization.

The ADL, and those who agree with this cynical strategy, have crossed a dangerous line. In the short term, they may bolster their side of a losing argument, but they will leave the Jewish community weaker for it. They are blurring the reality of the hatred that is antisemitism and this will make it harder to combat it when it strikes. They are alienating allies who cannot understand the ADL’s blinders. They will raise more money in the short term, but no good can come from this in the long term.