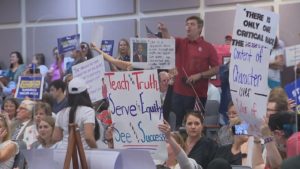 A few months ago, Rachel Pisani explained to Fox News what she was protesting at a recent Loudon County, Maryland school board meeting to Fox News. . “The goal was really parents being able to speak and express their concern about CRT (Critical Race Theory) and the fact that our school board wants to indoctrinate our children. We do not want to co-parent with our government. We want to be able to instill beliefs and instill our faith in our children without hesitation…we are an army of moms and parents that will not stop until we’re heard. So, they can mute our mics, they can arrest us, they can kick us off of public property. We’re not going to stop…This is insanity in America. This isn’t freedom of speech. It’s not freedom of religion. It’s racism and it’s cloaked in socialism.”

I have spent more hours than I care to count watching videos of public meetings where folks like Ms. Pisani are fired up to fight against CRT, or COIVID-19 policies, or library books, or gender-neutral policies. The subjects vary but the protests all seem to converge around a battle to protect the individual’s freedom. Speaker after speaker step forward and crowds shout to angrily decry the harm that is being done to them, their children, their community, and their nation by the elite, liberals, socialists, and communists. The voices are disrespectful, angry, often threatening.

They speak the language of the marginalized. They are there, they say, to defend their country, their religion, and their way of life. They are what was once called the “silent majority”; now they march under the “MAGA” banner, wanting to just “Make America Great Again.”

The frustration, the sense of being wronged, of being ignored, of being dismissed and devalued resonates with me. But these protestors are different. They are not the marginalized. They are not battling to change corrupt systems or right past wrongs. They are fighting to prevent change, to keep the status quo. They speak of harms and threats I cannot see and do not feel. They see themselves as the marginalized and the oppressed; I see them as powerful, fighting to retain their position of privilege and control.

Unlike racism or poverty, they are battling manufactured problems.

The issues on their signs serve as smokescreens from the real motivation of these protestors. These are people who are motivated by their fear of loss not by a desire to make their community better for all. They fear that they will not get some benefit because it will go to some “other” who is not as deserving as they are. They fear that they will be replaced by others who have not paid their dues and waited for their turn.

These protesters are, indeed, victims. Victims of those who see themselves benefitting from the anger they arouse and the political activity they can harness to hold our country in a state of rigor mortis. They have,  writes Prof. Ibram X. Kendi, director of the Boston University Center for Antiracist Research, “ conjured an imagined monster to scare the American people and project themselves as the nation’s defenders from that fictional monster.”

Writing last summer in The Atlantic, Kendi pointedly identifies this as the tactic of the Republican Party. Their “operatives, who dismiss the expositions of critical race theorists and anti-racists in order to define critical race theory and anti-racism, and then attack those definitions, are effectively debating themselves. They have conjured an imagined monster to scare the American people and project themselves as the nation’s defenders from that fictional monster… ‘Critical race theory says every white person is a racist,’ Senator Ted Cruz has said. ‘It basically teaches that certain children are inherently bad people because of the color of their skin,’ said the Alabama state legislator Chris Pringle.”

To mask the game, the victimizers cast themselves and those that they are enlisting in their struggle as the victims. The Heritage Society has a “model bill”, one that it wishes Republican state legislators will enact, that speaks to this manufactured threat. The bill which holds back progress is couched in the very issues it opposes. When passed, it ensures “that administrators, faculty, and other employees of public elementary and secondary education institutions maintain policies in accordance with Title IV and Title VI of the Civil Rights Act of 1964.”

The sheer audacity of this rationale for new legislation is breathtaking. The 1964 law was needed to give the Federal Government the power to desegregate the nation’s educational system over the objections of those still fighting to keep black Americans in the back of the bus. Title IV gave the Attorney General to intervene to end desegregation based on race, color, religion, or national origin; Title VI made the funding of all Federal programs conditional on ensuring that there was no discrimination.  For the forces behind the protesters, this is the wizard’s curtain above all curtains. 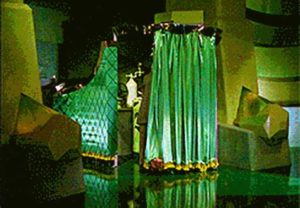 This inoculation of righteousness is designed to mask the fear or replacement they believe will motivate protestors and voters to hold their line. It is designed to feed the fear of a changing country, of an uncertain time. It builds a fantasy that things were never really bad, that there are no real problems needing to address, that there is no challenging work that we all must do together. It clouds a reality that some have benefited from the pain and suffering of others and that repair of past harms is needed.

For the Sen. Ted Cruz’s, and the Gov. Gregg Abbott’s that been stoking this uprising of white angst, the goal is to generate money and votes, to keep them in political power.

But they too are tools in a larger game. They are another curtain preventing us from seeing who the real Wizard of Oz.

The orchestration of this “grassroots” uprising of outrage are those who have the most to gain from keeping us, as a nation frozen, in the past. They are those who fear their wealth and power is at risk if America addresses its wounds and lives its vision.

Standing behind these efforts are a group of ultra-wealthy men and women fighting to maintain their wealth and privilege at a time when it is clear how much richer the rich have become while everyone else falls further behind. Politicians can be purchased with campaign support; social movements are fueled by funds using the benefits of our nation’s charity rules which allow the wealthy to not only spend heavily but gain the benefits of a tax savings to boot!

A recent conference organized by ALEC (The American Legislative Exchange Council) to bring legislators and advocates together to build support for the manufactured outrage over CRT was paid for, according to the Center for Media and Democracy, by “ the Lynde and Harry Bradley Foundation, a $934.4 million foundation funding right-wing campaigns to influence lawmakers in statehouses across the country.” And several other nonprofit organizations, also supported by Bradley, provided their expertise to fuel the fire. Included were “Garrett Ballengee, senior policy and research analyst at the Cardinal Institute; Jonathan Butcher, education fellow at The Heritage Foundation; Lance Izumi, senior director for education at the Pacific Research Institute; Libby Sobic, director of education policy at the Wisconsin Institute for Law & Liberty (WILL); and Jim Copland, director of legal policy at the Manhattan Institute.”

Unfortunately, the tactic works. Given enough money to spread the mischievous misconceptions it is possible to bring out the protests about issues that seem so important but are just distractions from the real interests being protected. We see it as crowds scream about CRT. We are seeing it as people yell about being forced to wear a mask or are urged to take a vaccine. We see it over gay rights and women’s rights. What they all share is that established but biased systems are being challenged and that in the dislocation that those challenges create, those who are not being hurt by the status quo fear any change. That fear is useable and it is being used, and it seems to work.

The answer to these questions will come from those shouting the loudest about their loss of freedom. Only when they realize that they are being used can we return to the real work of fixing our broken nation. Will that moment come in 2022? I hope so, but maybe I am just hoping that there are enough Dorothys coming forward to tear the curtains away so we can return to a saner reality. 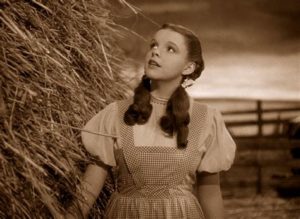