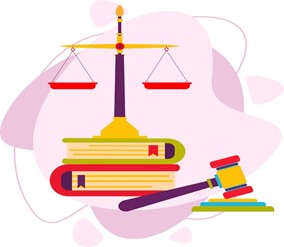 Let us all shed a tear for the many victims who appeared at the Senate Judiciary Committee hearings on the nomination of Ketanji Brown Jackson to the U.S. Supreme Court. They wore suits and ties (and some wore dresses) and had special pins that signified that they were elected members of the United States Senate.  They spent 4 days whining and bemoaning and accusing each other of bad behavior, much like the behavior of prior hearings but behavior they proudly claimed was not going to happen now.  The GOP members invoked the names of Kavanagh and Coney Barrett but somehow forgot to mention Christine Blasey Ford.  Both sides argued and interrupted each other and sniped about how much time they were allotted to question the nominee.

When they did get their time to question Judge Ketanji Brown Jackson, almost all, Democrats and Republicans alike, acknowledged how qualified she was; they gushed over how impressive her background and experience were; and they glowed when they recognized her beautiful, “all American” family story.  They all were thrilled that her parents and husband and daughters and her uncle (a law enforcement officer) could be present for the hearing. And a few Senators were even brave enough to mention how history was being made with the nomination and (hopefully) confirmation of the first Black female Associate Justice to the U.S. Supreme Court.

But then the gloves came off for many of the 11 Republican members of the Judiciary Committee. And for hours on end, over two-days, this incredible, brave, articulate woman was bombarded and accosted again and again on her record as a judge, as a pro bono lawyer for Guantamo Bay defendants, as to her sentencing decisions on 7 specific cases where the convictions involved possession of child pornography. The issue, I assume, for Senators Cruz, Blackburn, Graham, Cotton, and Hawley was to show that she is soft on crime.  But the scene, as I watched became “cringe worthy” as this woman sat alone, and time and again, patiently repeated the same answers to these same questions that were being angrily shouted at her.

What was even more frustrating was the timid and almost nonexistent interventions coming from the Chair, Senator Richard Durbin, to reign in this clear harassment of the nominee.  As Dahlia Lithwick stated in Slate, “Chairman Dick Durbin’s inability to control some of the most shocking bullying and abuse from Cruz, Graham, Tom Cotton, and Hawley left observers speechless. At some point, you need to just start gaveling. But there was also a pervasive sense of Democratic senators’ almost chilling unwillingness to go to the mat for their nominee, who was being savaged by Cotton, who called her “not credible,” and Graham, who berated her with the claim that he was sparing her from being bullied like Justice Amy Coney Barrett.”

While the issue of child pornography seemed to be the one they deemed to give them the most political points with their base, the Republicans had a longer “list” of “clip-worthy” issues to push with this nominee.  Among them were: Critical Race Theory (which she stated she has never used in her work and is only used in law schools), her religious affiliation and commitment, where she stands on abortion rights and on gun regulation and more.  Since many of these are issues that are and may yet come before the Supreme Court, Jackson could demure from answering such questions.

But again, she had in these onslaughts, little help or intervention from Chairman Durbin or anyone else.  And when the questioning moved to a friendlier Democratic face, they seemed to just pick up on their own questions and comments as if nothing had happened.  So, the Democrats, from my perspective, became complicit in these attacks when they did not even acknowledge or counter them.  Only one, Senator Cory Booker of New Jersey, the only Black Senator on the Committee offered Jackson some well-deserved acknowledgement, comfort, and relief on day two.  He beautifully linked his position with hers and his “joy” at her nomination as something that no one was going to take from him.  And he pushed back on his colleagues as Jennifer Rubin, writing for the Washington Post says, “Not until Sen. Cory Booker (D-N.J.), the only African American on the committee, spoke did Republicans get their deserved pushback. He excoriated Hawley for his misleading line of questioning, reading from a National Review column that deemed his allegations “meritless to the point of demagoguery.” To Jackson, he said, “You have sat with grit and grace” and stressed that her “joy” would not be taken away from her. “God has got you!” His sermon-like tribute brought tears to her eyes, a rare show of emotion on her part.”

On day four of the hearings, there were two panels of speakers to offer input and be grilled by the members of the Judiciary Committee.  The first panel consisted of three members of the American Bar Association’s Standing Committee on the Federal Judiciary who had studied Ketanji Brown Jackson’s records and writings and had unanimously given her their highest rating of “Well Qualified.” When some Republican members of the Committee linked the ABA to some policy positions that they disputed, the panelist made it clear that this ABA committee has no links to any policies of the organization. That did not satisfy, but was not hotly pursued.

The second, ten-member panel was made up of five members selected by Democrats and five by Republicans. While the differences were very clear and the split was five who favored the nomination and five who opposed it, the questioning of the panelists, for the most part, was calm and civil. Only when Senator Marsha Blackburn (R-TN) pushed to get sealed records of child pornography cases sent to members of the Committee, a demand that she and 9 other Republican Senators had earlier made in a letter to Chairperson Durbin, did Senator Durbin step up and drawn a line not to be crossed. This seemed to be a last straw for him and a relief for many of us who were waiting for someone to say “No, that’s inappropriate.” At long last, Senator Durbin finally did.

The Senate Judiciary Committee will now consider the nomination on Monday, March 28th with the possibility of a full Senate vote in early April.

These hearings need to be unwrapped and not just pushed back in a corner.  They were embarrassing for everyone, including how they were covered by the press who missed opportunities to look deeper at how this process works, or does not work. The focus was far less on the nominee and much more on the issues the Committee members wished to elevate. The Democrats had an opportunity to shine, and they totally missed it.  They could have demonstrated solid leadership and statesmanship, but instead, they showed themselves to be middle school wimps, allowing the bullies to run roughshod over them. The Republicans had their playbooks aligned and they were not to be deterred. Their anger and interrupting of the nominee made them look foolish and desperate to me but likely they looked like champions to their base. Their fights with the chair dis not endear them to anyone on the left, but probably earned them more points with their base.  Even those Republicans whose approaches were calmer (Senators Sasse for example) were met with skepticism because of the others.  There were, perhaps only two people who came out of this looking good. Senator Cory Booker and the nominee, Ketanji Brown Jackson.  Both carried themselves with dignity and grace throughout the entire proceedings.

There is no question that Judge Ketanji Brown Jackson is incredibly qualified to sit on the U.S. Supreme Court.  She has spent a lifetime in preparation for this and has now run the gauntlet of the Senate Committee on the Judiciary at its worst to demonstrate her qualifications.  We can only hope that our Senators have learned from her, but I fear that is asking a bit too much of them.  But this nation should be honored to have Ketanji Brown Jackson take a seat as an Associate Justice of the U.S. Supreme Court.