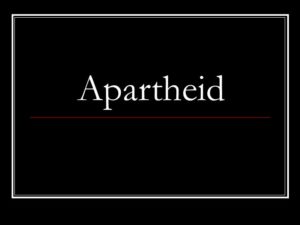 This is not a pleasant story to write. I want so much to return to a time when I saw Israel as a place of comfort, wherein the words of Israeli Author AB Yehoshua, I could be a “full Jew.” But I cannot pay the price for that return, a price that requires accepting that as a Jew in the eyes of the Israeli government I am superior to my Palestinian brothers and that I am entitled to live by a separate set of rules and ignore the subjugation of my neighbors. But it is a story that needs to be written about a reality that cannot be ignored or excused.

A month ago I wrote about supporters of Israel, including many progressives, who screamed when Amnesty International (AI) dared, with open eyes, to look “at Israel’s practice of land acquisition and its control of Palestinian life, finding that (bold added for emphasis) “in the course of establishing Israel as a Jewish state in 1948, its leaders were responsible for the mass expulsion of hundreds of thousands of Palestinians and the destruction of hundreds of Palestinian villages in what amounted to ethnic cleansing….They chose to coerce Palestinians into enclaves within the State of Israel, the West Bank, and the Gaza Strip…They have appropriated the vast majority of Palestinian land and natural resources….They have introduced laws, policies, and practices that systematically and cruelly discriminate against Palestinians…”

There were howls protest that AI’s conclusion that this pattern of behavior met the definition of Apartheid and that Israel had committed crimes against humanity ignored the reality of Israel as a multi-ethnic Democracy existing in a politically difficult area. AI’s work and those who have tried to amplify its impact were labeled as anti-Semitic. In defense of Israeli policy, their supporters often point out that non-Jews comprise 20% of Israel’s citizenry, vote in national elections and that Palestinian parties hold seats in the Knesset and are part of the current governing coalition as proof that Palestinian rights are respected and that there is none of the systematic discrimination that is Apartheid.

Their arguments ignore the reality of the millions of Palestinians living as non-citizens under a separate system of law outside the borders of the state and in exile. But we do not need to look further than the chambers of the Israeli Knesset to see just how wrong they are and how on target AI’s research is.

As described recently by Haaretz, “In 2002, during the second intifada, the cabinet suspended naturalization for West Bank Palestinians married to Israelis, citing security reasons. One year later, the cabinet resolution was extended as a temporary provision that was renewed each year. After a few years, its scope was expanded to include residents or nationals of “hostile states” – Iran, Iraq, Lebanon and Syria.”

Year by year for almost 20 years it was extended. Long after the Intifada had faded away and the supposed security threat was but historical memory, the Israeli government thought it was important to treat its Palestinian citizens differently. Two years ago, the Knesset could not agree on another extension and its bigotry was no longer the law of the land; Palestinian Israelis would now be able to bring their spouses legally into their Israeli homes and reunite their families.

But this was not to be. The Minister responsible for managing this policy refused to change anything and would not have her department issue needed permits, continuing the once legal policy without any legal basis. The Knesset, with a Palestinian Party now being a member of the ruling coalition and with enough seats to prevent an updated version of this law to pass, would not come to the Minister’s rescue and legalize her illegal actions. It seemed only to be a matter of time before Israel’s vaunted court system would force the recalcitrant Minister to do her duty and follow the law.

But wait, there is more to this story.

Allowing Palestinian Israelis to have the same rights as their Jewish neighbors was too much for too many Jewish Israelis. Just days ago, Jewish members of the Knesset’s ruling coalition joined with Jewish members of the opposition to pass a new law reinstating the discriminatory, dare I say Apartheid, policy. Palestinian coalition partners, partners whose votes had allowed them to form the government they now controlled, were ignored to again make bigotry legal.

And those supporting this law were clear that concerns about security were only screens to soften the reality of their objective. In this action, Israel showed that the words of its former Prime Minister Benjamin Netanyahu were spot on, “Israel is not a state of all its citizens… [but rather] the nation-state of the Jewish people and only them.”

As reported by Reuters, “Interior Minister Ayelet Shaked said in an interview published…in the Yedioth Ahronoth newspaper that ‘we don’t need to mince words, the law also has demographic reasons…The law wants to reduce the motivation for immigration to Israel…for demographic reasons. It is meant to prevent a creeping right of return…”  According to Haaretz, Foreign Minister Yair Lapid had been even clearer when he “told his…Knesset colleagues: ‘We don’t need to hide from the substance of the Citizenship Law. It’s one of the tools aimed at ensuring a Jewish majority in Israel.’”

And those “demographic concerns” are that the number of Palestinians would increase, threatening the power of Jewish Israelis. “’ The State of Israel is Jewish and so it will remain,’ said Simcha Rothman of the far-right Religious Zionism party, a member of the opposition…’Today, God willing, Israel’s defensive shield will be significantly strengthened…there is a national struggle here over the Land of Israel, and we shouldn’t have to give a private individual the possibility of bringing more people here.’”

Amnesty International’s four years of research is crystallized in this new law. Their conclusion that almost “all of Israel’s civilian administration and military authorities, as well as governmental and quasi-governmental institutions, participate in the enforcement of the system of apartheid against Palestinians…” is starkly spotlighted by this recent Knesset action. Jewish and Palestinian citizens of Israel are not equal. Palestinians, only because their religion is different, are held to different standards in order to ensure a Jewish majority.  For Israel, this is more critical than equality under the law. Is that not the definition of apartheid?