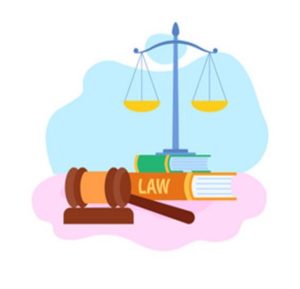 I am often asked to give advice and input on voting for judges who are up for election or retention in an upcoming election. (Where I live, this is a staggeringly large part of the ballot!) This “judicial ballot” is often long and confusing, but depending on where you live this is the process established by your state for selecting judges.  In some cases, you are voting for a judge by political party. In some cases, you are choosing among nonpartisan candidates.  And in other cases, you are asked whether or not to “retain” a judge.  In some states, including mine, all of these options might appear on the same ballot!

No wonder voters are confused!  I know that many devoted voters take the easy way out… they skip this part of the ballot altogether! After all, what difference will their one vote make?

As someone who had devoted a lot of volunteer time and effort to educating the public about the importance of our courts at both the federal, state and local level, it is frustrating to hear that people walk away from the opportunity to participate in selecting those who will sit as judges.  You are more likely to meet one of these judges (think traffic tickets…) than any other candidate on your ballot! But I do understand how daunting we have made this process. So, perhaps, I can “unpack” some of this, with help from the Brennan Center for Justice.  And, perhaps, some of you who read this, will consider giving that daunting judicial ballot a second look and a bit more of your time.

There is little uniformity from state to state in how judges for state courts are filled.  You almost have to go online with your own state government to determine just what process is used at each judicial level.  According to the Brennan Center, State judges are selec­ted in a dizzy­ing assort­ment of meth­ods. Which method is used depends on the state, the level of court, and the type of vacancy being filled.  If you click on the bolded letters (above) you can access an interactive map that will allow you to choose a state, choose a type of court and then see what the selection process is. And, as I write this, state legislatures are making changes to the techniques they use to select judicial positions so what you find may be changing or have already changed. Keeping up is not simple.  But do not let that stop you from trying.  This is about our future and our rights!

The most common ways that state judges are selected is by some form of election (39 states) for some level of their courts, including 38 that elect judges to their state supreme courts.  No matter the election process, I find the idea of judges running for office a bit disconcerting, particularly when the elections are partisan.  These judicial positions carry expectations that those who hold these judicial seats will be fair and impartial and interpret the law based on state and federal constitutions, not the biases of political parties.  But then, without this option, do ordinary people get to have a say in who sits in judgement on the courts where they may someday find themselves (even if it is just for a traffic ticket)?

In the 38 states where judges are elected to the state supreme court the processes work this way:

Other states use appointments as their means of judicial selection.  In 10 states this power rests with the Governor, serving for life or to a mandatory retirement age, and in D.C. the president appoints judges to the D.C. Court of Appeals.  In 16 other states it’s the governor who does the appointing but that is followed by a retention election.  (In New Mexico these elections are partisan.) Sometimes a nominating commission is involved, and sometimes it is not!  And just to make things a bit more confusing, 16 states provide ways for the state legislature or another body to influence the process.  If your head is not spinning now, I could go into much more detail, but I think you get the picture.  It’s complicated no matter where you live.

So, what’s a devoted voter to do?  In Cook County, Illinois, where I live and vote, there are 65 judges on this November’s judicial ballot!  This is the largest of the ballots of the 5 judicial districts in the state, and certainly daunting for voters who are unprepared to face these lists of names they do not recognize and have limited ways of making decisions on how to cast their votes on each.  I am sure that voters in other states face equally challenging ballots as well.  But help is out there.

Many groups and organizations in our states care deeply about the quality of those judges who occupy seats on the judicial benches from traffic courts to state supreme courts. These organizations are often bar associations, judicial watchdog groups and some are interested activist groups that focus on a single issue. They take the time to develop their own rating and ranking systems for those who are running for judicial positions, whether they are in a competitive race or standing for retention.  Their systems are their own and do not always match with other groups, so you need to know this when comparing group ratings.  A high rating from one group may not mean the same thing as the same rating from another.  It is always good to compare and use more than one ranking.  You will have to do your homework and come into the polling place with your list of judges you like (and want to keep) and those you don’t.  No one will rush you, or throw you out for taking your time, or coming in with your lists and papers!  I always use highlighters on my lists for the ones I want out, and vote for them first!  Then I can just go down the rest of the list with abandon, knowing I have voted “right” on the important ones!  It helps when there are 65 to vote for or against!

I know.  I know.  This sound like a lot of work.  And I will not tell you that it is simple and easy.

What I will tell you is that it is critically important.  These judges make decisions that impact our lives every day.  They determine not only who pays their traffic ticket and who sits in jail, but they also make decisions about the quality of the air we breathe and the water we drink.  They are looking at who gets medical care and who gets make these very personal decisions.  They consider the economics of our nation and employment law and how that impacts our lives. There is much at stake in choosing who will sit on our courts.  When we are asked to participate in judging who will be our judges, it is a task worthy of our time and effort.  There is time between now and the November 8th midterm election to do the homework on your judicial ballot.  And once done, there is time to share what you have learned with other like-minded people. We can thus ensure that we have courts we trust that are populated with diverse, fair-minded, highly qualified jurists.  After all, that is how our system is supposed to work.