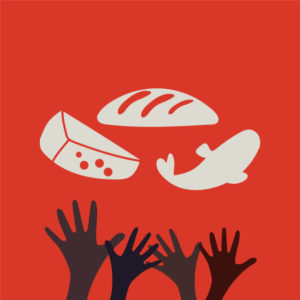 I want this world to be a kinder, gentler place for all of its people. I want to admire those who sacrifice their own time and money in order to help those in greater need. I try, however imperfectly, to do the same. But I remain concerned about the growing power of those with great wealth to, even with the best of motives, turn their charity and philanthropy from acts of kindness to tools of power and control.

The Seattle Times opened a recent article about a project of the Bill and Melinda Gates Foundation with a recognition of how big gifts have an impact. “When philanthropists spend vast sums of money on a project, jubilation and high expectations ensue.” But it was the sentence that followed, “But money doesn’t necessarily produce results,” that grabbed my attention.

In this age of mega-philanthropy vast sums are donated with great frequency; as I write this the list of gifts of more than $1 million in 2022, as reported by the Chronicle of Philanthropy, is approaching 400. 18 individual gifts have exceeded $100 billion!

While we laud the act of giving, we ignore that these gifts are too often just another way for wealthy people to flex their muscles and continue to inappropriately exert social and political influence. And they do this with little or no public oversight, or with any public accountability for the effectiveness of their gifts or for the harms they may do.

The Bill and Melinda Gates Foundation and its associated Trust, with assets now in excess of $70 billion,  stand as a stark example of this flawed system of philanthropy.  The Gates’ philanthropic organizations are tax-exempt, which means that the  Gates have personally benefited from the tax savings that our nation grants to donors. Because the Gates are allowed to donate funds to a structure they control, donating for them does not require them to relinquish the power at all. Their charitable venture just provides another mechanism of control, perhaps with a softer, kinder wrapping, but still a mechanism of influence and control.

And with that power, the Gates have brought their belief that they have the answers to some of the world’s most challenging problems and can impose those answers on those desperate for the resources they chose to give away.   They have been able to put their solutions into action across the globe with little need to ensure that those whose lives they will be impacting agree with their directions or their proposed solutions. Their definition of philanthropy appears to begin with a belief that because they have amassed great wealth they are wise; that the size of their bank account is a measure of their intelligence and it gives them the authority to act. They act with a belief that because they are wealthy, they have no need to be accountable to those without wealth.

In 2006, their foundation turned its sights on global hunger and specifically on the lives of those struggling to feed their families in Africa. In partnership with the Rockefeller Foundation they helped launch the Alliance for a Green Revolution in Africa (AGRA) and their associated fundraising vehicle, the African Green Revolution Forum (AGRF) with great fanfare and with funding that has to date exceeded $1.5  billion.

Gates and other mega-philanthropists look for answers that will not threaten the social and political structures that have allowed them to amass their great wealth and given them the power to impact the lives of so many.

Here’s how Mr. Gates recently reflected on his approach to this problem, “Hunger might not be a completely solvable problem. No one can reasonably promise that every one of the world’s eight billion humans will always have enough to eat. But ensuring that sub-Saharan Africa and other low-income regions can feed their own people? That’s a very achievable challenge, so long as the world changes how it approaches food crises. It’s good that people want to prevent their fellow human beings from starving when conflicts like Ukraine interrupt the food supply, but we also have to recognize that those crises are symptoms of a deeper problem—many countries don’t grow enough yet, and climate change is making farming even harder. That challenge can’t be solved with donations. It requires innovation.”

The Gates approach mirrors his corporate root. In 2020 author Timpothy Wise described Gates’ approach more critically as one which imposed “all the inputs used by our own corporatized, industrialized agriculture in Africa. These include commercial seeds, petrochemical fertilizers, and pesticides—the kind of high-tech agriculture that we’re used to here. And it was backed by African governments who spent huge sums on subsidies to farmers so they could buy all those expensive inputs…farmers have to pay every year for seeds they used to save from year to year and for fertilizer, which is very expensive. Most farmers do not grow enough extra corn to make back those costs. This can leave them in debt if there is a bad harvest. In Malawi, we found that yield increases would have to be three times greater than AGRA is producing just to pay for a year’s inputs. The Green Revolution just doesn’t pay off for most small-scale farmers, especially without subsidies.”

Gates’ faith in technology, upon which he built his fortune, is clear. As noted by the Chronicle of Philanthropy, “What’s also needed, Gates argues, are the kinds of innovations in farming technology that he has long funded …Gates points, in particular, to a breakthrough he calls “magic seeds,” crops engineered to adapt to climate change and resist agricultural pests…”

As the Chronicle of Philanthropy noted “In assigning technology a pre-eminent role in addressing the world’s food crisis, Gates puts himself at odds with critics who say his ideas conflict with worldwide efforts to protect the environment. They note that such seeds generally need pesticides and fossil fuel-based fertilizers to grow. Critics also contend that Gates’s approach doesn’t address the urgency of the crisis. Developing “magic seeds” takes years and won’t immediately deliver relief to countries currently enduring widespread suffering because they rely on food imports or are experiencing historic droughts.”

Looking to “magic seeds”, relying on technology and innovation, is comfortable for mega philanthropists like Mr. Gates. It does not challenge his status, does not require him to give up the power or control, does not require him to become just another citizen. Redistributing wealth is not on their agenda. Recognizing that they have built their fortunes in a system that has its roots in a colonialism that extracted wealth from the countries and their people is not front and center for them. Recognizing that this exploitation was steeped in racial bias is not front and center. So, rather than look for ways to redress the harms of the past, to make amends for the sins of the past they look for solutions that ignore the still festering harms that were done.

Control is central to the rationale for what Mr. Gates has done with his fortune is often that it is important to not have the money wasted. In a very ego centric way, the belief is that only by retaining control, by dictating how the money is spent can it be guaranteed it is spent for good effect.

The cost of control is high. A recent ProPublica review of the Gates-led philanthropic intervention to combat the Covid-19 pandemic saw little transparency or openness to direction beyond their own wisdom. ““I think we should be deeply concerned,” said Lawrence Gostin, a Georgetown University professor who specializes in public-health law. “Putting it in a very crass way, money buys influence. And this is the worst kind of influence. Not just because it’s money — although that’s important because money shouldn’t dictate policy — but also, because it’s preferential access, behind closed doors. Gostin said that such power, even if propelled by good intentions and expertise, is “anti-democratic, because it’s extraordinarily non-transparent, and opaque” and “leaves behind ordinary people, communities and civil society.”

Just last week we saw another act of mega philanthropy when news broke that the founder of Patagonia, Yvon Chouinard, and his family gave their stake in their family business, valued in the billions of dollars, away.  This act made headlines. As the NY Times described it, “Chouinard, his wife, and two adult children have transferred their ownership of Patagonia, valued at about $3 billion, to a specially designed trust and a nonprofit organization. They were created to preserve the company’s independence and ensure that all of its profits — some $100 million a year — are used to combat climate change and protect undeveloped land around the globe.” Like so many other large philanthropists he was praised for his generosity.”

Mr. Chouinard explained his motives for this gift even more directly in comments reported by the NY Times, ““Hopefully this will influence a new form of capitalism that doesn’t end up with a few rich people and a bunch of poor people,” Mr. Chouinard, 83, said in an exclusive interview. “We are going to give away the maximum amount of money to people who are actively working on saving this planet.”

But like the Gates and other large donors, their good intentions were intermixed with their desire to retain control, and with control power.  Here’s how this “gift” was structured, as described by Molly Taft writing for Gizmodo, “The family gave all the nonvoting shares of Patagonia, currently worth about $3 billion, to a newly formed nonprofit called the Holdfast Collective; Patagonia will stay a for-profit business, but those profits, which amount to around $100 million a year, will now go entirely to this group. A trust now owns the family’s voting shares, which comprise about 2% of the company, and the Chouinard family and its advisers will be in charge of this trust.” Control remains with Mr. Chouinard and his family. A “wise” man (we know that because of his wealth), one whose politics I may agree with, still acts that he, and only he can ensure that good is done.

And that is the ultimate problem with mega philanthropy. A nation that allows good or bad people (see Barry Seid) to accumulate huge fortunes because our tax system permits it, and then allows, even rewards, the “giving” of that wealth as charitable acts while still retaining ultimate control of that wealth, is well on its way to an unshakeable autocracy.  We must recognize that great wealth, even when in the hands of well-intentioned people, rots equality and democracy. If we don’t wake up to that stark reality the damage may become irreversible.