I wasn’t quite sure how I should react to this story. Should I be shocked by what these voices of responsible philanthropy were saying?  Or should I be shocked that they are so comfortable as they talked about accepting dirty money for publication? 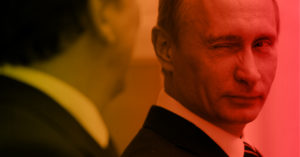 In the global response to Russia’s invasion of Ukraine, targeting economic sanctions on that nation’s “oligarchs” has become an important weapon. President Biden even used part of his recent State of the Union Address to directly make that point when he called out these wealthy and politically influential men (and they seem to be ALL men) directly. “Tonight, I say to the Russian oligarchs and corrupt leaders who built billions of dollars off this violent regime, no more,” said Biden to bipartisan applause. “The United States Department of Justice is assembling a dedicated task force to go after the crimes of the Russian oligarchs. We are joining with European allies to find and seize their yachts, their luxury apartments, their private jets. We are coming for you.”

For the philanthropic world, this has created a problem. Many of these men have seen making lavish gifts to worthy organizations as a way to burnish their otherwise questionable personae. Now that they have become public targets in the effort to stop Russia’s invasion of their neighbor, the non-profit organizations that have taken money from Oligarchs face a quandary. And their reactions have been difficult to explain.

At the most extreme has been the action of several Israeli non-profits who have been the beneficiary of Roman Abramovich.  From the perspective of Alexander Navalny, the imprisoned Russian dissident, Abramovich is “one of the key enablers and beneficiaries of Russian kleptocracy, with significant ties/assets in the West,” and placed him at the top of his list of those needing to be targeted with sanctions.

Shockingly, as reported by the Washington Post,  a case was made by Israeli nonprofits he supported requesting that the United States Government give him a free pass and keep him off a list of sanctioned oligarchs. “In a letter to U.S. Ambassador (to Israel) Tom Nides, Yad Vashem (Israel’s Holocaust Museum), together with the country’s chief Ashkenazi Rabbi David Lau and Sheba Medical Center Director Yitzhak Kreiss…asked that the United States not sanction Abramovich, a major donor to the memorial and other Jewish causes. They said that sanctioning him would cause harm to Jewish institutions that rely on him for donations, said Yad Vashem Chairman Dani Dayan. He said Abramovich was the museum’s second-largest private donor…’ Mr. Abramovich has contributed to worthy causes for more than a decade,’ Dayan said.”

As the horrors of war descended on the Ukrainian people, and hundreds of thousands quickly became refugees in search of a safe haven, one might think that this would have raised eyebrows, even protests from other philanthropic leaders. I would have thought that there would at least be some embarrassment over having partnered with those who have been active or passive supporters of the Russian regime now going to war with their peaceful neighbor. If not a sign of disapproval, I would have thought it would be a question that any self-respecting philanthropic leader would choose to walk away from and try not to answer. So, I was surprised to see how wrong I was.

The Currants’ David Klion, in writing about Mr. Abramovich asked philanthropic leaders in the Jewish Community to comment on this request for absolution and on the general morality of accepting money from oligarchs.  This was a question that I would have thought would be an easy “just say no” or a question to be dodged.

Rabbi Jill Jacobs, executive director of T’ruah: The Rabbinic Call for Human Rights, in comments reported by Klion, defined how she clearly saw the ethics of this moment. “Organizations should have a red line around money from ‘close associates of Putin’ as he carries out a war that could lead to ‘mass death and displacement, and that could have disastrous consequences for democracy and the world order. Even if the money is supporting worthy causes, it also serves to prop up the image of these oligarchs, to offer them glory and honor, and to cleanse them from their association with the Putin government.’”

But the dark side of philanthropy and the power of those with great wealth is strong. For organizations that depend on financial donations, morality and human values seem to come at too high a price. Andres Spokoiny, the CEO of the Jewish Funders Network, was willing to say this directly in comments reported by JTA.  “I don’t see a problem yet . . . ​​I hope that the important work that people are doing in Jewish communities is not affected by the sanctions.”

Going even further, “John Ruskay, executive vice president emeritus of UJA-Federation of New York, said ‘all occupations are disasters, and watching invasions is obviously appalling’…But when asked whether Jewish organizations that have accepted money from oligarchs like Abramovich have an obligation to cut ties, Ruskay was hesitant. ‘I think the view of much of Jewish philanthropic leadership, right and left, conservative and liberal, has been the bottom line: If the purposes for which the philanthropy is given are positive, humane, holy, and seen to strengthen both the Jewish community and the whole of society, then to sit and analyze whether the donor was exploitive or not and whether this was kosher or not, would be hugely diverting, amazingly complicated, and divisive…Should one begin to assess such matters, there would be no end…Would it be preferable for the funds of the oligarchs, however, obtained, to remain in their bank accounts…or to be made available to Yad Vashem, the ADL, and many other nonprofits?”

Lila Corwin Berman, a professor at Temple University, who has written about the history of American Jewish philanthropy said what should not need to be said as she commented on the difficulty of being ethical and honorable. “It is tempting to say all money is fungible, so where it came from does not or cannot matter. But no matter how much we might want to launder the money, wash it clean of its past and its connections to systems of power, the very act of doing so is an erasure, an act of historical revisionism. Even worse, it can actually participate in bolstering harmful systems of power, often by deterring institutions reliant on that money from holding a person or system to account.”

In the midst of a war, with roads filled with refugees and basements filled with people trying to find protection from bombs and missiles that this is a matter of discussion among philanthropic leaders is shocking. It is one more indicator of how broken our systems of philanthropy are.  How much our reliance on individual donor actions and individual donor decisions corrupts when those decision-makers have great wealth, no matter what the source of that wealth might be.  We will not build a humane society. When wealth earned unscrupulously by Russian oligarchs, by the sellers of opioids or in so many other ways is just money in the eyes of too many charitable recipients we know that we have a very broken system. Reliant on the whims of their donors they are forced to weigh the needs of those they serve against the morality of their donors. This tension is corrosive and in the long run, will harm everyone and every organization it touches.

As I was finishing this piece the Washington Post released a look at how broadly oligarchs had used their wealth to buy a cloak of protection as a philanthropist. “American philanthropies, museums, and universities have accepted millions of dollars from tycoons aligned with Russian President Vladimir Putin, including several who are the targets of Western sanctions, according to an analysis by anti-corruption researchers. Among the many beneficiaries are such storied institutions as New York’s Museum of Modern Art, the Massachusetts Institute of Technology, the Mayo Clinic, and the Guggenheim Museum, the research shows — a reflection of how deeply money from Russian oligarchs has penetrated American society.”

Allowing such great wealth to be amassed and making the organizations that build the fabric of a healthy, safe, and humane society depend on charity are simply not compatible. That is the lesson that we are being taught in this time of war.